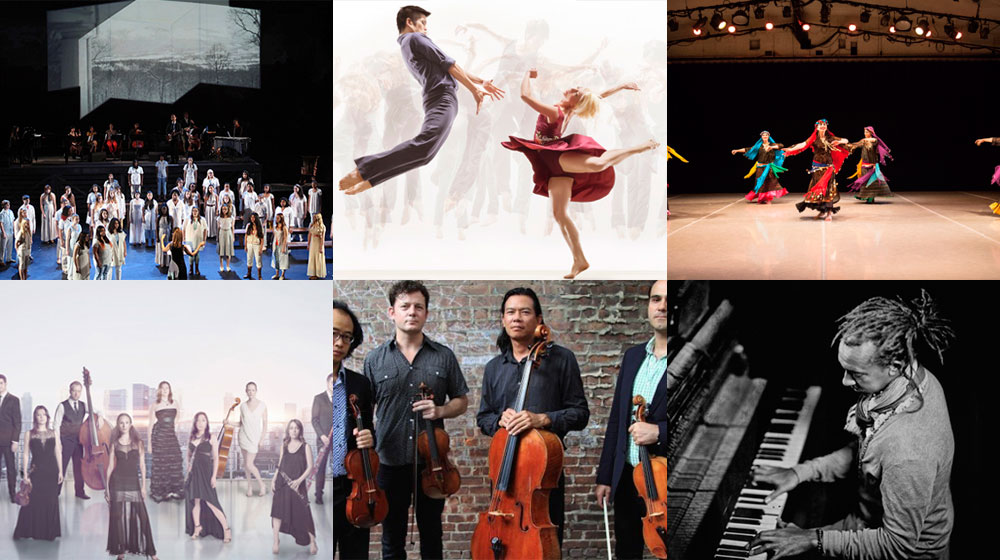 Our project grants focus on responsiveness to artists’ needs, skill-building in the creative marketplace, and public exploration of new artistic work

We are excited to announce our sixth round of project grants awards, totaling $310,820 in funding to support artistic work involving a wide range of new American music. The 60 awarded projects include concerts and recordings as well as dance, theater, opera, and more, all involving contemporary music as an essential element. Explore and follow the newly awarded projects to receive email updates as they unfold.

To date, an additional $27,205 over our program’s original budget was made available through the actions of New Music Connect: The Network for Friends of New Music. This additional investment adds support to projects qualified for funding as part of our grant program’s panel process. New Music Connect is designed to connect and engage individuals from across the United States to advocate for and empower the new music field.

In response to feedback from artists who were surveyed following the two inaugural rounds of the program, the sixth round continued to include a special focus on requests of $3,000 and below. Approximately 43% of grants awarded were in this category. The next round of project grants will open for requests in December 2016.

Including the awards announced today, our project grants, launched in October 2013, has now distributed $1,793,161 in support of 343 projects. Of these projects, 173 were for the creation of new work. 140 of the project grants awardees are first-time recipients of grants from New Music USA and our legacy organizations Meet The Composer and the American Music Center. The public-facing gallery of projects from all six rounds and the ability for artists to update their progress and interact with followers are important promotional tools that extend the program’s service to artists beyond financial support. The overarching goal of project grants is to reach and aggregate the communities of new music enthusiasts, irrespective of genre preferences, and allow the public to discover new artistic work.

Ed Harsh, our president and CEO, comments: “We continue to be amazed and humbled by the incredible array of great projects brought to us by artists around the USA. We’re committed to doing everything we can to increase the amount of money we’re able to distribute in support of this groundswell of meaningful work.”

Have you ever wondered about what happens in the 12-16 weeks between when a project grants deadline closes and when awards are announced? To help you understand what’s going on...

Today we are pleased to announce the 60 spring 2016 project grants awardees. In addition to the incredible artists we funded this round, we also want to showcase the hardworking group of review...
x