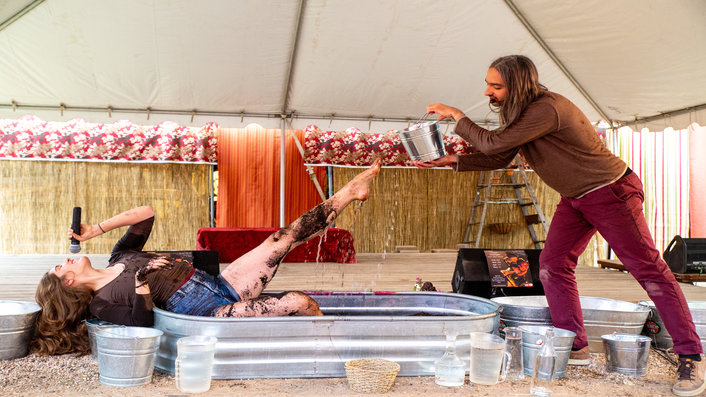 Corps Multiple was granted a residency at the VORTEX Theater in Austin TX from February to May 2019. As a resident company, they were able to use the space to perform their new work untitled “les éléments”. Corps Multiple is rooted in free improvisation and offers a symbiosis between contemporary dance, contemporary music and theater.

Corps Multiple migrated from their recent production (UN)ROOTED to explore further the origin of human species. As they explored human’s roots in the individual facing the society in (UN)ROOTED, “les éléments” offers now an introspection into human root’s as a species. “Where do we come from? How can we trace our identity in each of the four natural elements?” Each movement in “les éléments” focus on one natural element and try to define how humankind was shaped by each of them.

Each performance of “les éléments” (February 2nd, March 2nd, April 13th and May 11th) is different. As the lyrics and some of the musical compositions remain identical, the guest performers, choreographic elements and  theatrical elements change depending on the space they use. Corps Multiple also offers an immersive performance as performers roam around the audience.