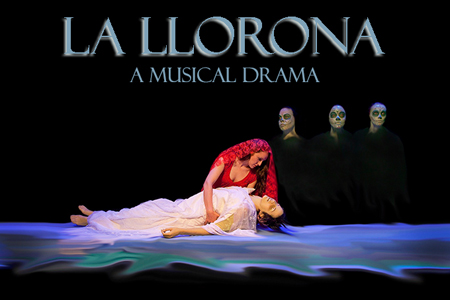 Opera Cultura presents LA LLORONA/THE WEEPING WOMAN – A MUSICAL DRAMA. Don’t miss this captivating tale of love, betrayal and vengeance that depicts a woman’s descent into madness and her transformation into the infamous La Llorona. Previous productions have sold out, so make sure to get your tickets right away!

An award-winning musical drama created by nationally-recognized composer Héctor Armienta, La Llorona/The Weeping Woman is based on a folk legend renowned throughout Mexico and the American Southwest. Opera Cultura will present three performances of this incredible production at the Mexican Heritage Theater – School of Arts and Culture in San Jose (June 28-30).

At its core, La Llorona is a story of revenge. Armienta’s musical novella is set in Mexico at the turn of the century. A young Xochil girl falls in love and marries a man of Spanish lineage, but the great Xochil River never forgives her for betraying her people. Twenty years later, her husband betrays her, she goes mad, and the river exacts its revenge by tormenting her until she sacrifices her only child. She will forever weep.

With text that is is primarily in English with Spanish interjections, the work transcends language, culture and age. Both Latinx and non-Latinx audiences, first-time theater goers and those familiar with opera, will be captivated by this powerful and breathtaking musical drama.