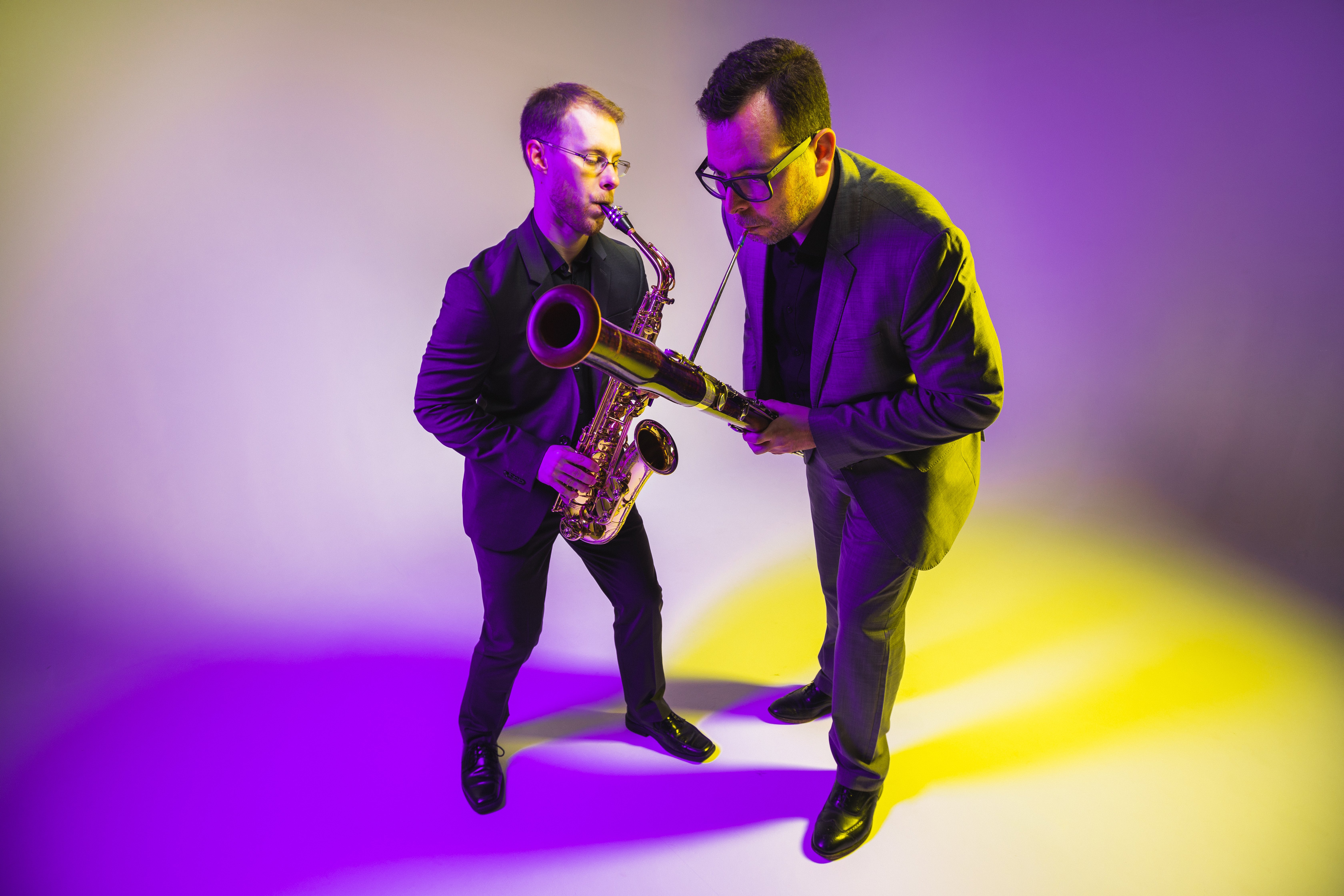 One of the most active commissioning duos on the new music scene, the saxophone-bassoon Post-Haste Reed Duo (PHRD) is internationally acclaimed for performing “music of limitless stylistic range and emotional scope” by textura and as “essential listening” by I Care If You Listen. Saxophonist Sean Fredenburg and bassoonist Javier Rodriguez seek not only to increase the amount of quality chamber music literature for saxophone and bassoon duo, but also to foster widespread exploration of non-traditional chamber ensembles.

Formed in 2009, PHRD has grown to become a fixture in the new music community, enjoying a robust touring career appearing at universities, festivals, conferences, and concert halls throughout the United States and Canada. As of 2019, Post-Haste has commissioned acoustic and electro-acoustic works by over one dozen composers. The duo released their first album, Beneath a Canopy of Angels…a River of Stars, in 2016 on the Aerocade Music label, which earned warm reviews from press including textura, I Care If You Listen, Fanfare Magazine, and Gapplegate Classical-Modern Music Review. Their second album, Donut Robot!, was released on February 15th, 2019.

PHRD has spoken and performed at classical and new music’s most prestigious gatherings, including those of the College Music Society, International Double Reed Society, North American Saxophone Alliance, the Society for Electro Acoustic Music in the United States, and the Hawaii International Conference on Arts & the Humanities, among others.

Post-Haste Reed Duo is currently based in Portland, Oregon.