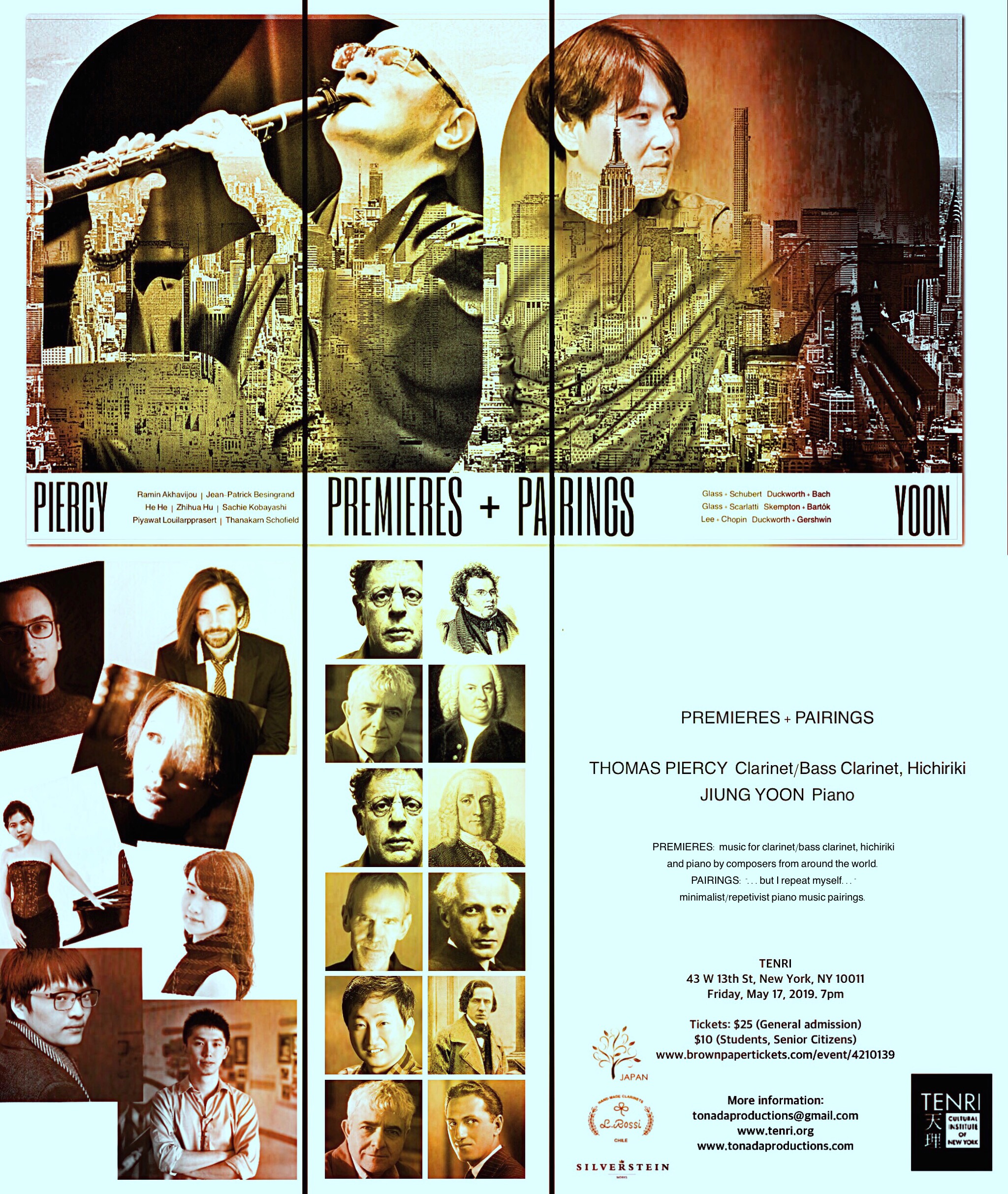 Critically acclaimed clarinetist and hichiriki player Thomas Piercy continues his frequent concerts of premiering music composed for him by composers from around the world. The young composers in this concert come from Iran, France, China, Japan, and Thailand.

The May 17th concert at Tenri Cultural Center will present seven premieres of solos and duos composed for clarinet/bass clarinet, hichiriki and piano.

Pianist Jiung Yoon joins Mr. Piercy in these premieres as well as performing his own Piano Pairings: “…but I repeat myself…” a program of minimalist/repetivist piano music pairings.

Jiung Yoon studied piano in South Korea, where he won the IBACH Music Competition and the National Music Concours Scholarship. He completed his doctorate in piano at Ohio State University in Columbus. He has performed in international music festivals and competitions in Korea, the United States and Europe, and has been the official collaborator at national and international events. He has worked with many artists including Richard Stoltzman, Stephen Hough, Gilbert Kalish, Carol Wincenc, Margo Garrett and Timothy Myers.