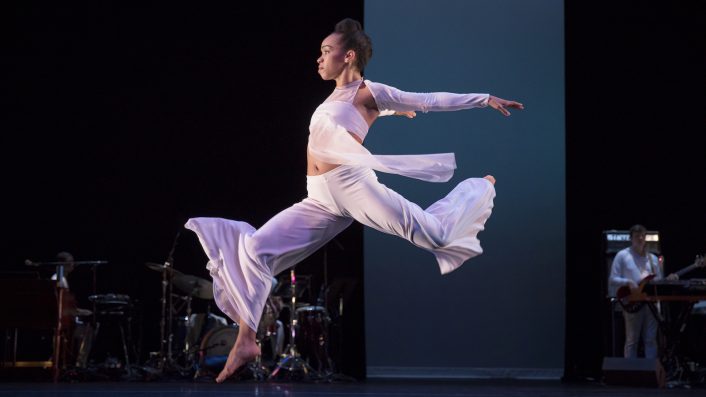 Grace and Mercy by Richard B. Fisher Center for the Performing Arts at Bard College

“The dances… are pure Brown: otherworldly, charged, urgent in their undulating sweep and unaffectedly fervent. His blend of modern dance and movement from African traditions weaves a rich, poetic language that has the ability to lift the spirit — even if it’s just for a night.”  —New York Times

This electrifying double bill, from choreographer Ronald K. Brown and a host of world-class musicians, includes the premiere of Mercy, with soul-and-rock legend Meshell Ndegeocello performing her specially commissioned score for the first time. The program also features a newly conceived, 20th-anniversary presentation of Brown’s soulful masterpiece Grace, originally created in 1999 for the Alvin Ailey American Dance Theater. Mixing modern and West African dance idioms to depict a spiritual journey to the promised land, Grace is presented for the first time with entirely live music, including performances by R&B virtuoso Peven Everett.

This event is supported by a grant from New Music USA.