The Wonderland Series Premiere and Party 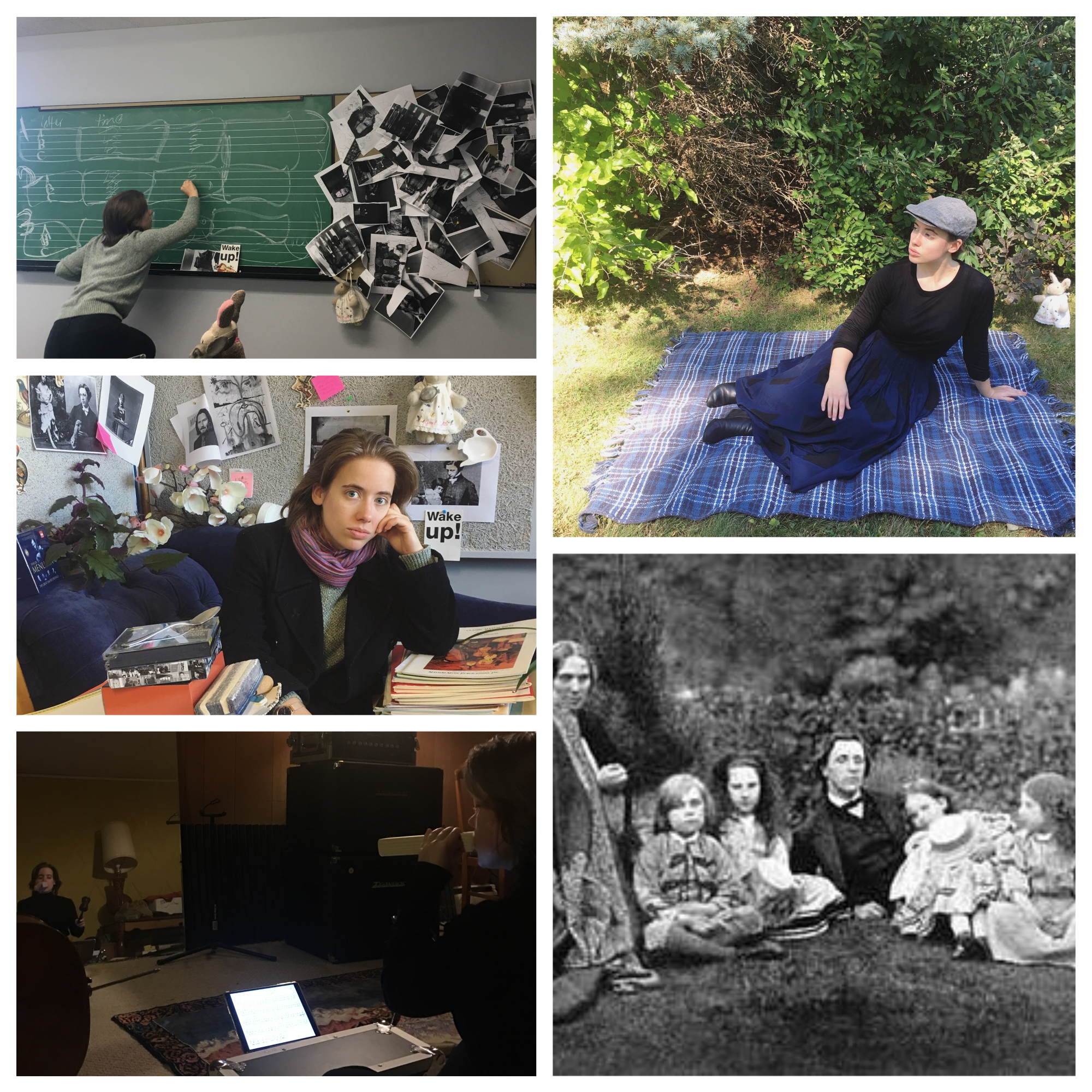 The Wonderland Series by Anna Heflin is a 38-minute solo opera for singing, speaking, and acting violinist Shannon Reilly. Reilly is joined onstage by accompanying pre-recorded audio and video, all of which features her portraying the various characters. There are three layers to the piece: the music which is inspired by Lewis Carroll’s writings, scholarly research about the work and Charles Dodgson, and the character of Lewis Carroll/Charles Dodgson which uses quotes from the author. After falling into Wonderland, the listener will encounter Lewis Carroll/Charles Dodgson, The Scholar, Alice, The Queen, the Garden of Live Flowers, the Playing Cards, Dinah and others over the course of their journey. Themes in the work include the law, Dodgson’s obsession with 42 and its relevance to Chrisistianity and the Jabberwocky, the Carroll/Dodgson split identity, how Darwin’s work influenced Alice in Wonderland and more. This all may sound dreadfully confusing, but that’s the effect of living backwards! Reilly will perform the work memorized at Areté Venue in Greenpoint Brooklyn on November 17 (a very important date) at 7pm.

The Wonderland Series is on the move and quite transportable. If you’re falling for Alice and want to bring her to your city for a performance, please email shannonlreilly@gmail.com with the subject line “Wonderland – name of city”. Hurry up now, WE’RE LATE!!

Shannon Reilly specializes in the study and performance of contemporary music in her career as a violinist. A dedicated collaborator, she pursues working with young composers, often premiering her colleagues’ compositions. Her most recent projects include developing The Wonderland Series with composer Anna Heflin, an opera for singing violinist based on scenes from Lewis Carroll’s books. Reilly is the violin professor at University at Buffalo (SUNY) and regularly plays in the Buffalo Philharmonic. She also teaches at Buffalo String Works, working in a classroom style with beginner violin students from Buffalo’s refugee community. She has performed with ensembles such as Ensemble Signal, Broadband, Nu Deco, Eastman’s OSSIA, Alla Balena, and the JACK Quartet. During her study at the Eastman School of Music, she regularly participated in the Musica Nova Ensemble under the direction of conductor Brad Lubman, collaborating with artists including G. F. Haas, S. Reich, H. Lachenmann, and B. Gander. A multifaceted musician, Reilly often works as a recording artist for creators such as Dave Rivello and Marc Webster. She holds a BM and MM in violin performance from the Eastman School of Music and has studied with Prof. Reneé Jolles, Prof. Charles Castleman, and Richard Rood. An avid reader, Reilly is currently making her way through the works of author Virginia Woolf.