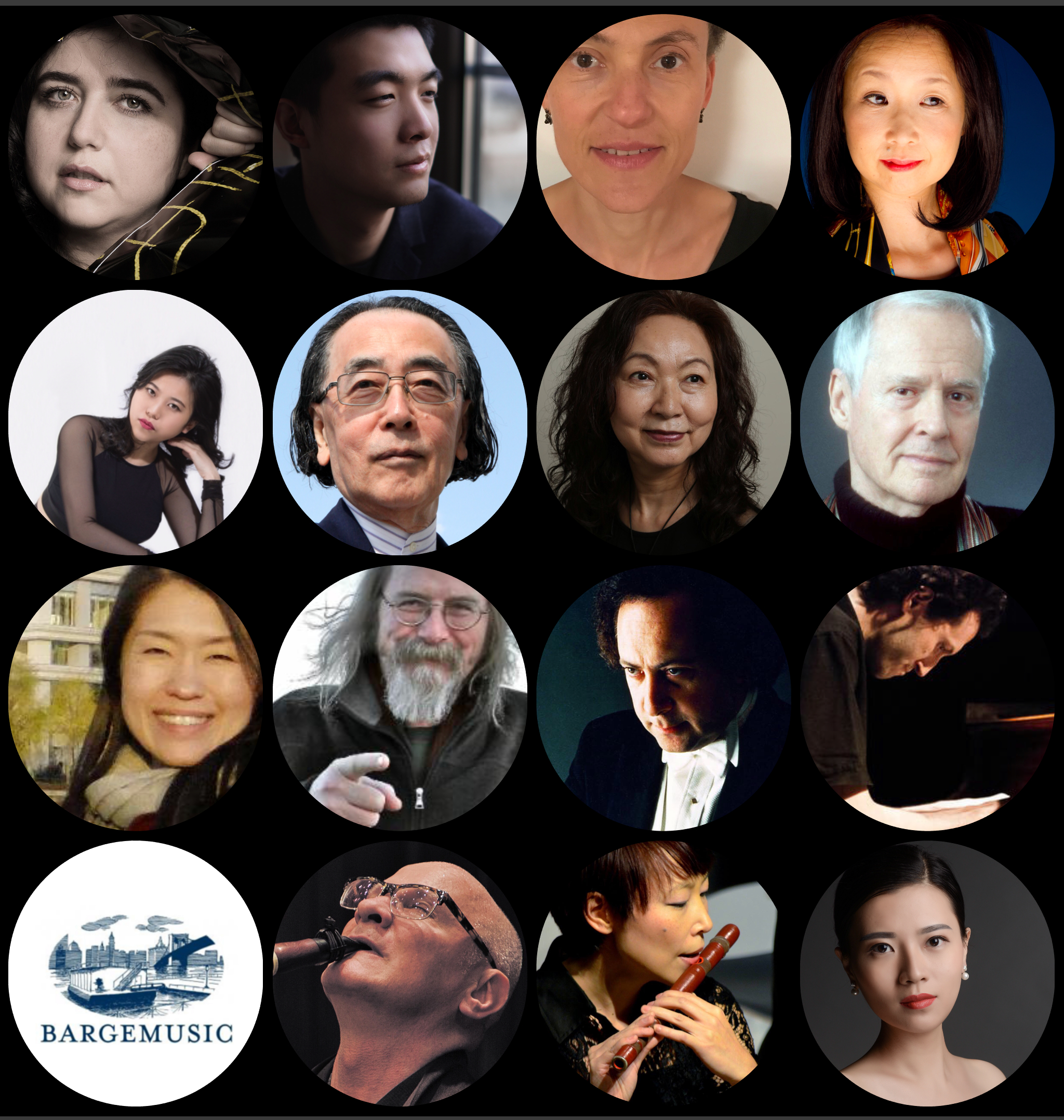 The composers range in age from 24 to 96 years, and include recent college graduates as well as composers that have received such recognition as the Pulitzer Prize, the Grammy Award, the Latin Grammy Award, and Japan’s Order of Culture. Composers Chen Yihan, Lyudmilla German, Zhihua Hu, Akemi Naito, Miho Sasaki, Michael Schelle, and Jose Serebrier will be in attendance at the concert. Since 2012, Thomas Piercy and the Tokyo to New York concerts have premiered over 100 works and numerous Japan and United States premieres.

“Tokyo to New York” concerts, under Artistic Director Thomas Piercy, celebrates the connections between Tokyo and New York City with a series of concerts throughout the world. The concerts feature new works composed for Western classical instruments as well as traditional Japanese instruments. The concerts feature composers from Japan and NYC and include a wide variety of styles of music. The musicians of “Tokyo to New York” have had the opportunity to work with many of the Japanese and American composers programmed in these concerts, and since 2012, “Tokyo to New York” and Piercy have performed over 100 world premieres and numerous Japan and United States Premieres.

Thomas Piercy is a critically acclaimed musician with orchestral, concerto, recital and chamber music appearances throughout the Americas, Europe and Asia. He has been described by critics as “Brilliant…playing with refinement and flair…evoking a panache in the contemporary works.”  A frequent performer of new works, he has premiered over 200 works composed for him. He studied at The Juilliard School and Mannes School of Music with Gervase De Peyer, Leon Russianoff, and Kalmen Opperman. Recordings for Albany, Capstone, DGI, Changing Tones, NJST, Tonada Records and more.  www.thomaspiercy.com