EPOCH is an extended-length performance with new music by Cheryl E. Leonard that challenges the glorification of acquisition and excess. 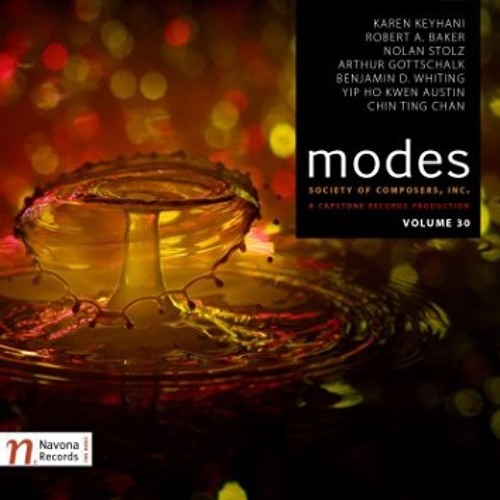 END_OF_DOCUMENT_TOKEN_TO_BE_REPLACED

Cheryl E. Leonard is a composer, performer and instrument builder. Over the last decade she has focused on investigating sounds, structures and objects from the natural world. Many of her recent works cultivate stones, wood, water, ice, sand, shells, feathers and bones as musical instruments. Leonard is fascinated by the subtle textures and intricacies of sounds, especially very quiet phenomena. She uses microphones to explore the micro-aural worlds hidden within her sound sources and develops compositions that highlight the unique voices they contain. Her projects often feature one-of-a-kind sculptural instruments that are played live onstage, and field recordings from remote locales. In addition to creating solo work Leonard is intrigued by cross-disciplinary collaboration. She has produced installations, videos, and multimedia works with visual artists; composed for film, video, dance, and theater; designed sounds for exhibits in science museums; and worked with climatologists, oceanographers, and biologists.

Leonard holds a BA from Hampshire College and an MA from Mills College. Leonard’s music has been performed worldwide and is available on multiple record labels including 23 Five, Eh?, NEXMAP, Unusual Animals, Ubuibi, and Great Hoary Marmot Music. Her compositions for natural-object instruments have been featured on several television programs and in the video documentary Noisy People. She has received grants from the National Science Foundation’s Antarctic Artists and Writers Program, ASCAP, American Composers Forum, American Music Center, Meet the Composer, the Eric Stokes Fund, and the New York State Council on the Arts. Leonard has been commissioned to create instruments and compositions for Kronos Quartet, Hope Mohr Dance’s Bridge Project, the La Jolla Historical Society, Illuminated Corridor, and Michael Straus. She has been awarded residencies at Kunstnarhuset Messen, the Djerassi Resident Artists Program, Oberpfälzer Künstlerhaus, the Arctic Circle, Villa Montalvo, the Paul Dresher Ensemble Studio, and Engine 27. Additionally, Leonard has contributed to several publications about music and sound art, and her instruments, installations, and graphic scores have been exhibited in art galleries in the U.S., Norway, Australia, Mexico, and Argentina.

Excerpt from Cheryl Leonard’s performance of Polarnatt in the San Francisco Electronic Music Festival, Sept 8, 2012. “Polarnatt” is the Norwegian term for polar night, the portion of the year when the sun does not rise above the horizon in the polar regions. This piece was inspired by the profound changes in length of day, temperature and quality of light Leonard experienced while visiting Svalbard in the fall of 2011. Polarnatt is scored for solo performer on shells, stones, glass, and sea salt, together with field recordings from Svalbard.

Excerpt from Cheryl Leonard’s performance of Sila in the San Francisco Electronic Music Festival, Sept 8, 2012. This music was created to accompany a video by Genevieve Swifte. Sila describes the freezing surface of the ocean through video and music. Sound sources include bird bones, feathers, stones, shells, kelp flute, prepared viola, and field recordings of wind and water from the polar regions. Filmed at – 31 degrees Fahrenheit in Ilulissat, Greenland, Swifte’s video captures the liminality of the ocean as ice crystals form on its surface.

Iceline is a collaborative piece from composer Cheryl Leonard and visual artist Oona Stern. It is part of Adfreeze Project, an series of multidisciplinary artworks inspired by their 2011 residency in Svalbard, a remote archipelago above the Arctic Circle. Iceline depicts the Arctic Ocean from the perspective of floating glacial ice. The piece investigates the boundary between above and below water, providing a portal into the sonic and visual details of this chaotic environment.