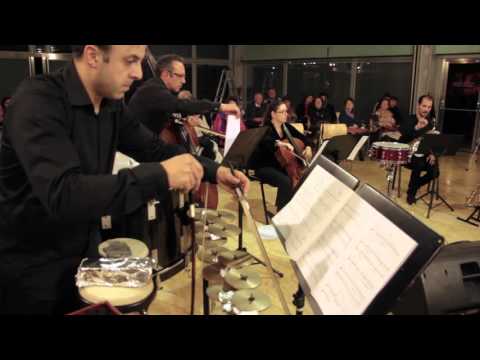 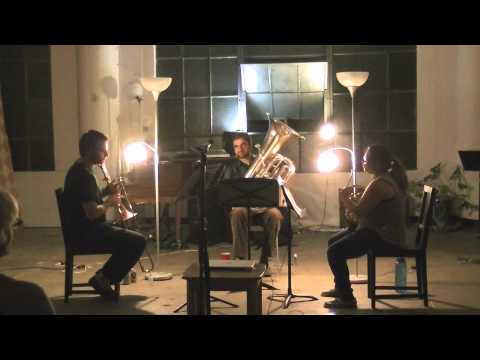 END_OF_DOCUMENT_TOKEN_TO_BE_REPLACED

Christian is a percussionist from Ohio residing in The Hague after completing a two year Swiss Excellence and Fulbright Scholarship (2014-16) and an MA in Musikalischer Performance at the Hochschule für Musik Basel with Christian Dierstein. Previously, he has received an M.Mus. from the McGill Schulich School of Music with Aiyun Huang and Fabrice Marandola and a B.Mus. at Oberlin College-Conservatory where he studied with Prof. Michael Rosen. Additionally he has received fellowships to attend Soundscape Festival, Lucerne Festival Academy, MusicX and the Summer Institute for Contemporary Performance Practice.

Christian has worked extensively with many composers of the new generation. The partnership with Boston composer Marek Poliks has produced an insanely virtuosic piece for melodica (CIN(shift)), a physically treacherous work for destroyed guitar (groping), a tracing of the void (Maw, Maw2017), and currently an evening-length voyage-installation for acoustic spaceship (White Ship, premiere scheduled for Munich Biennale 2018).

While being a core member of The Hague based Oerknal! he is a guest with Distractfold Ensemble (Manchester, UK), with whom he has headlined at Klang Festival (DK) and Darmstädter Ferienkurse (DE) and will be in residency with at Stanford University in Spring 2017.

Recently he formed Gyre Ensemble (Basel, CH) with Stefanie Mirwald (accordion) and Alejandro Olívan (saxophone).  Gyre is traveling to Chicago and Buffalo in April 2017 supported by a DCASE grant where they will collaborate with Bethany Younge, Samuel Scranton
and Dutch composer Ruud Roelofsen.

This was the seventh time that I’ve performed/recorded this piece, and it was by far the most raw and ‘free’ version since I first learned and memorized the piece in 2013. I used completely different instruments than what I normally choose for my interpretation of the piece (Ferneyhough allows for free instrument choice within specific guidelines), which opened me up to new possibilities of expression and physicality.

Torpid Smoke (1935) by Vladimir Nabokov:
‘I did not see it to the end, I had other things on my mind yet that too, and the distant seas of a moment ago, and my sister’s flushed little face, and the indistinct rumble on the circular rim of the transparent night.’

Two worlds: one of metal (clarinet mouth piece caps, circular saws, small pieces of metal, and a tin can) and one of words. Piano material is comprised of non-metered but rhythmically specific gestures, under which is written text from T.S. – not to be spoken, but imitated.

A page of text, some description of sounds to produce, and some media files to play back as I choose. After four years of working together on a particular sound world that is ‘discrete species’ (a modular piece of 15 pages of material) we came to this simple way of communicating between each other to produce a piece of Music that reflects each of our interests and predilections equally. Improvisation is a big part of what I do , whether it is finding sounds for a fully notated piece, or collaborating with other artists in a live performance.