Commissioning project between fivebyfive and the Memorial Art Gallery, with open rehearsals and a premiere concert among the artworks

END_OF_DOCUMENT_TOKEN_TO_BE_REPLACED 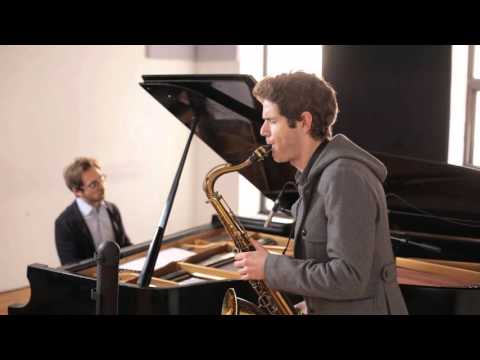 END_OF_DOCUMENT_TOKEN_TO_BE_REPLACED

Jung Sun Kang is a composer and pianist. Her output ranges from solo to orchestral works, occasionally with electronics. Her music has been commissioned by Fromm New Music Players, Brave New Works, Shakespeare and Company, and Trio Aporia, among many others. She has received awards from the British Harpsichord Society (2012) and Warren Benson Forum on Creativity (2013), as well as a Leonard Bernstein Fellowship from Tanglewood Music Center (2009). Her music has been programmed at festivals such as International Carillon (Bruges), Summer @ Eastman, Cambridge Music and Math and Women in Music. Additionally, Jung Sun has received awards from Willapa Bay AiR (2019), KHN Center for the Arts, and Faber residency (2020). Her music is recorded on the ArtistShare, Centaur, Delos (US) and Prima Facie (UK) labels.

An avid performer of early and new music, Jung Sun has given concerts in US, Canada, Mexico, Europe and Asia. She has given world-premiere performances of music written by Robert Morris, Carlos Sanchez- guiterrez, Juan Trigos, and many more. Since relocating to New York City in 2013, she has been performing at Weill Recital Hall at Carnegie Hall, Yale Club, Manhattan School of Music, Shapeshifter Lab, Opera America, as well Duane Park in a part of TriBeCa Art + Culture Night, to name a few.

A passionate educator, Jung Sun has a studio of more than 50 students in NYC and NJ area. Not only she firmly believes in classical music’s motivic tradition, she also teaches them to use the same set of ears to listen to Brahms, Radiohead, or Xenakis. In her former capacity, she has been working with prominent composers such as Hans Abrahamsen, Shulamit Ran, Mario Davidovsky, and David Liptak. She also has an active role in curating and programming works.

Jung Sun began her piano studies at age three, and started writing music when she was seventeen. Her curiosity and passion about Bach’s music led her into studying harpsichord and continuo playing as well. She received a BM (summa cum laude) from Ewha University in her native country South Korea and a doctorate from the Eastman School of Music, where she taught and also served as a pianist of the Eastman Musica Nova Ensemble and OSSIA New Music. She also holds an Artist Diploma degree from McGill University, where she received Schulich Scholarship. Her current interests include music written by composer/pianists, conductor-less chamber music and counterpoint.

Imagine you are a composer, and you are locked in a room with a huge window and a piano for 10 days, and all you can see is a rainy forest through the window. I was literally in this situation when I was asked to write a piece for 9 players in 10 days by Tanglewood Music Center this summer. Guess which tune you will end up thinking of when you are alone in a room with the piano and a view of rain? I wrote the whole piece based on this particular tune and put it backwards.

When I was commissioned to write a duo for saxophone and clarinet, I knew right away that I wanted to write a piece that starts with an introduction sounding like jazz, but turns into something else at the end. That was the idea which I started.
As I spent time writing the piece, I began to think these two instruments as two individuals. I imagined two people (instruments) who share some similarities and differences attracting each other and then drifting apart.

Robert Rauschenberg’s DyLaby (Dynamic Labyrinth) has been one of my favorite paintings from my teenage years. I always wanted to compose something based on its wildness, thick textures, and charisma driven by pop-culture imagery (the most important part of the painting is a red coca-cola emblem.)
When I was commissioned to write a duo for violin and piano, I finally decided to write something inspired by the edgy and charismatic imagery from the painting.