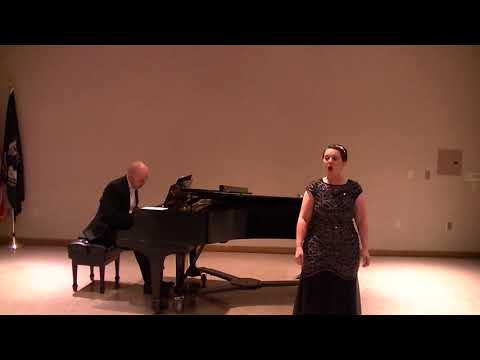 Kelsey K. Rogers, soprano, was the North Central regional winner of the 2018 National Association of Teachers of Singing Artist Award. She will compete in the semi-finals in New York City in January of 2018.

Mrs. Rogers enjoys collaborating and made her international solo debut in the Saarburg International Chamber Music Festival in Germany. She is also consulting on the development of a song cycle for soprano, viola, and piano, based on the story of King Cophetua and the Beggar Maid with composer Joseph Sowa and lyricist Chandra McClelland.

Mrs. Rogers particularly enjoys the collaborative environment of choral singing and sings with the Utah-based group Brevitas, and has sung with the Tucson Chamber Artists (now True Concord Voices and Orchestra), the University of Arizona’s Arizona Choir, and the Brigham Young University Singers. With these groups she has performed in the Musikverein in Vienna, Dvořák Hall in Prague, and in the Cork International Choral Festival in Ireland.

Mrs. Rogers teaches voice at Dickinson State University in North Dakota. There she also directs a recital series that benefits the local food pantry. She is in demand regionally as an adjudicator and clinician.

Mrs. Rogers holds a Master of Music in Vocal Performance from the University of Arizona and a Bachelor of Music in Choral Education from Brigham Young University. Her teachers include Kristin Dauphinais, Charles Roe, Arden Hopkin, and Dawn Hagerott.