What might Edgar Allan Poe write if he were alive today? Four inspired writers have answered with two chilling works for the opera stage.

END_OF_DOCUMENT_TOKEN_TO_BE_REPLACED 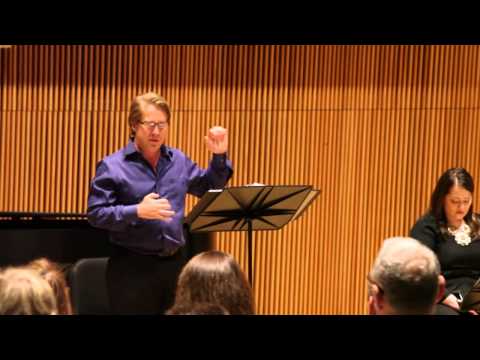 American Lyric Theater (ALT) was founded in 2005 to build a new body of operatic repertoire for new audiences by nurturing composers and librettists, developing sustainable artistic collaborations, and contributing new works to the national canon. Many opera companies commission and perform new works; but ALT is the only company in the United States that offers extensive, full-time mentorship for emerging operatic writers. While the traditional company model focuses on producing a season, ALT’s programs focus on serving the needs of artists, developing new works, and collaborating with producing companies to help usher those works into the repertoire.

Through the CLDP, ALT has provided intensive, personalized mentorship to 38 gifted emerging artists, and 15 short chamber operas have been developed under the auspices of the program. In addition, ALT has commissioned and developed 8 full-length operas through the CLDP. To present fully staged productions of these works, ALT has partnered with Atlanta Opera, Opera Theatre of Saint Louis, Tulsa Opera, Fargo-Moorhead Opera, Fort Worth Opera, Opera Saratoga, and others. Alumni artists are also at the forefront of creating new operas for companies around the country. CLDP alumni are currently writing new works for Opera Philadelphia, Houston Grand Opera and The Metropolitan Opera.

Recently premiered and upcoming productions of operas commissioned by ALT include The Poe Project, a double-bill of one-act operas, Buried Alive by Jeff Myers and Quincy Long, and Embedded by Patrick Soluri and Deborah Brevoort (Fargo-Moorhead Opera 2014, Fort Worth Opera 2016); JFK by David T. Little and CLDP alumnus Royce Vavrek (FWOpera 2016); The Long Walk by Jeremy Howard Beck and Stephanie Fleischmann, based on the memoir by Brian Castner (Opera Saratoga 2015, Utah Opera 2017); Why is Eartha Kitt Trying to Kill Me? by Jeffrey Smith and David Johnston (Urban Arias 2018); Monkey and Francine in the City of Tigers by Kamala Sankaram and David Johnson (Houston Grand Opera 2018); and Murasaki’s Moon by Michi Wiancko and Deborah Brevoort (Metropolitan Museum of Art/OnSite Opera 2019).

ALT’s public performance programs provide the opportunity for audiences in New York City to see operas-in-progress through two series: The Living Libretto and InsightALT. To celebrate CLDP alumni who are creating new operas for companies around the country, we launched ALT Alumni: Composers and Librettists in Concert, in November 2015 which was lauded in Opera News for offering New Yorkers “the rare opportunity to hear excerpts of what audiences in Houston, St. Louis, Los Angeles and Saratoga Springs have already heard. And, it turns out, we’ve been missing out on fantastic opera written by living, young composers!”

In the 2019-20 season, ALT is providing personalized mentorship to eight gifted composers and librettists through the CLDP working on four new operas: The Halloween Tree by Theo Popov and Tony Asaro; Sherlock Holmes and the Case of the Fallen Giant by Evan Meier and E.M. Lewis; The Opposable Thumb by Liliya Ugay and Julian Crouch; and The Selfish Giant by Clarice Assad and Lila Palmer.

Commissioned by Fort Worth Opera and American Lyric Theater. Music by David T. Little, Libretto by Royce Vavrek. Developmental Workshop Produced by ALT in NYC (Nov. 2014). Public preview event presented as part of InsightALT, in partnership with Fort Worth Opera and MasterVoices. Featuring Sean Pannikar, tenor; Talise Trevigne, soprano; MasterVoices; Conducted by Steven Osgood. SCENE: The chorus and two Fates, set the stage for the final twelve hours of the 35th president’s life and time spent in Fort Worth, Texas.