Luminous Etudes: Visions of the Black Madonna of Montserrat 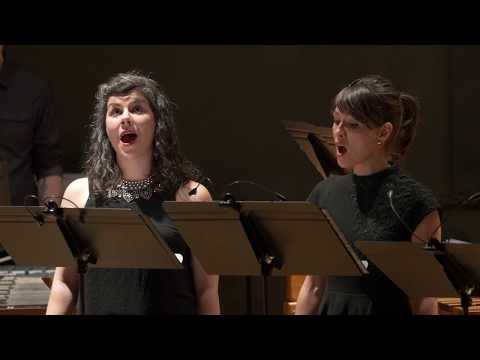 MISSION. Lorelei Ensemble creates and champions bold artistic work that points toward a new normal for women in music. We are deeply committed to crafting musical experiences that are transformative —for us, our audience, and our art form. Through commissioning,performance, and education,
Lorelei is carving out a boundless new space for women to be among, and become, our most powerful and important creators.

Heralded for its “warm, lithe, and beautifully blended” sound (New York Times) “impeccable musicality” (Boston Globe) and unfailing display of the “elegance, power, grace and beauty of the human voice” (Boston Music Intelligencer), Boston’s Lorelei Ensemble is recognized nationally for its bold and inventive programs that champion the extraordinary flexibility and virtuosity of the human voice. Lorelei is an all-professional vocal ensemble, comprising nine women whose expertise ranges from early to contemporary repertoire, and whose independent careers as soloists and ensemble singers across the globe lend to the rich and diverse vocal palette that defines the ensemble’s thrilling delivery of “exact, smooth, and stylish” programming (Boston Globe). Under the direction of founder and artistic director Beth Willer, Lorelei has established a remarkable and inspiring artistic vision, curating culturally-relevant and artistically audacious programs that stretch and challenge the expectations of artists and audiences alike.

Driven by its mission to advance and elevate women’s vocal ensembles, and to enrich the repertoire through forward-thinking and co-creative collaboration, Lorelei is committed to bringing works to life that point toward a “new normal” for vocal artists, and women in music. Lorelei has commissioned and premiered more than sixty new works since its founding in 2007, including works by David Lang, George Benjamin, Kati Agócs, Lisa Bielawa, Kareem Roustom, Jessica Meyer, Sungji Hong, Reiko Yamada, Peter Gilbert, Scott Ordway, and John Supko. Upcoming projects include the creation of new works by composers Julia Wolfe and Christopher Cerrone, a project with a trio of esteemed new music artists Ken Thomson, Nathalie Joachim, and Jason Treuting, and collaboration with choreographer Renée Jaworski (Pilobolus).

Hurry to the Light, IV. The Sirens, by Kareem Roustom

World Premiere, May 17, 2019
Commissioned with A Far Cry Orchestra
A new work by Kareem Roustom, setting text from Emily Wilson’s new translation of “The Odyssey”

I live in pain, from “love fail” by David Lang

Cover of “Babys” by Bon Iver, with Boston Percussion Group