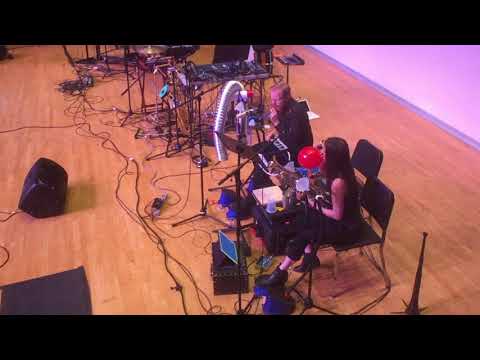 END_OF_DOCUMENT_TOKEN_TO_BE_REPLACED

“Dr. Zoulek’s performance, on saxophones in every range, is stunningly virtuosic, whatever the genre.” -The Wall Street Journal

A modern saxophonist of “pure mindfulness and talent” (PopMatters), Nick Zoulek’s focus on performance, collaboration, multimedia, and improvisation,  has led to a diverse portfolio of distinctive artistic ventures, performing across France, the United Kingdom, Canada, and the United States.

An interdisciplinary artist, Nick is “a no-holds-barred engine of avant-garde exploration,” (Portland Press Herald). He has served as music director with Wild Space Dance Company, and has scored and performed dance works with the Madison Ballet, HYPERlocal, and with members of Zenon and Like You Mean It dance companies.  Nick often works with film and animation, experimenting with the expressive potential of visual media. His films center on self-composed scores, and have been screened at festivals in England, Canada, Serbia, Africa, and around the United States. Nick’s media works have garnered numerous awards, including Best Experimental Film from the London Modcon International Film Festival and Largo Film Festival. Nick’s music can be heard on Rushing Past Willow (INNOVA Records), which fuses all of facets of his work through self-composed pieces for alto, tenor, and bass saxophone.

Nick maintains an active profile researching the saxophone’s role in contemporary classical music, presenting on contemporary aesthetics and saxophone performance. He is currently on faculty at Oakland University, and has served on faculty at the University of Wisconsin-Whitewater teaching saxophone and jazz studies courses. He holds a Doctor of Musical Arts degree in Contemporary Music Performance at Bowling Green State University with the guidance of Distinguished Artist Professor Dr. John Sampen. Additionally, Nick holds a Master of Music Performance from BGSU, a Certificat des Études Musicales from the Conservatoire à Rayonnement Régionale de Boulogne-Billancourt, and a Bachelor of Music Performance with Magna Cum Laude honors from the University of Wisconsin-Whitewater. He has previously learned with Jean-Michel Goury, Dr. Matthew Sintchak, and Dr. Jon Amon.

Recorded live at Paramedia, Bowling Green, Ohio Sept. 2015. No looping, overdubs, or audio splicing was used. The studio version of this piece will be released on the upcoming album, Rushing Past Willow. Check the links below for all of the latest information.

Symmetry: in Memories grows through repetition, reflecting upon
symmetrical pathways found in memories. The piece expounds the auditory possibilities of the alto saxophone, linking every conceivable sound of the conical tube through circular breating, creating a virtuosic narrative of fluttering spirit.

Saxophonist Nick Zoulek, one of this year’s Blackbird Creative Lab fellows, also took his camera along to document his experiences and was kind enough to open his photo journal up...