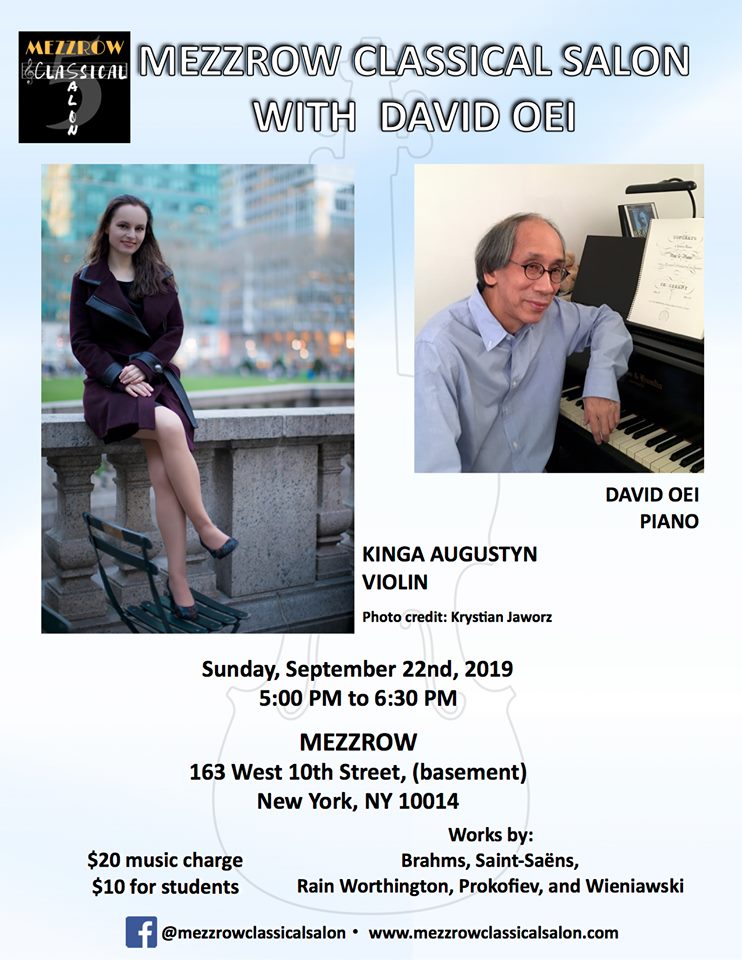 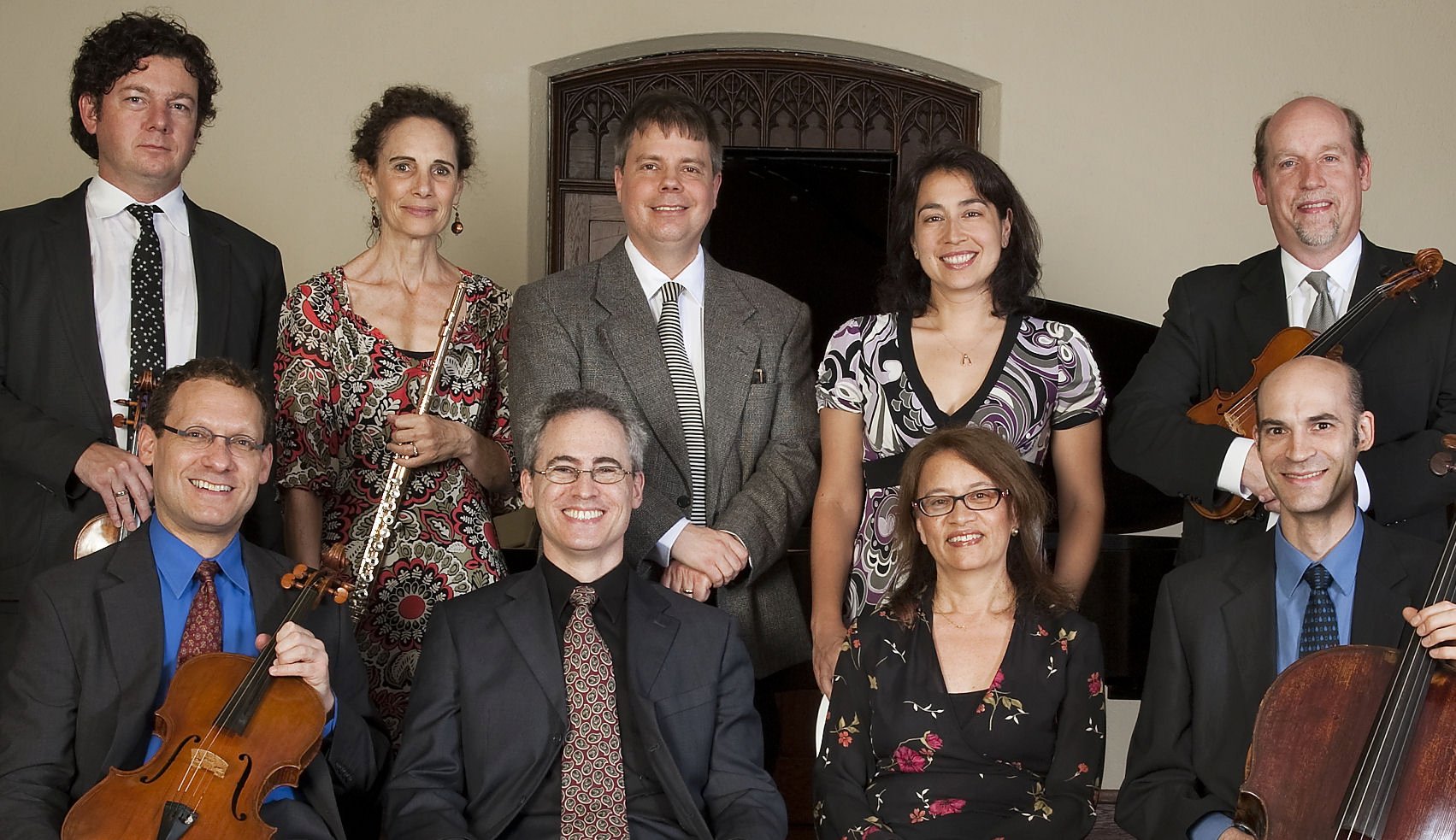 END_OF_DOCUMENT_TOKEN_TO_BE_REPLACED

“There is a deep interiority to this music… Worthington has an instantly recognizable sound, an austere sensuality not quite like anyone else …a composer of considerable imagination, emotional expressiveness, and poetic sensibility.” – American Record Guide

Self-taught in composition, Worthington’s catalog includes works for orchestra, chamber ensembles, duos, solos and miniatures. Inspirations for pieces have ranged from NYC trucks backing up late night, to the two-note expression of a sigh, to a dream of a careening bike ride through dark fog.  Worthington . . . “makes clear to us how we experience the transitional, impermanent and ever shifting quality of a later modernist world.” – Gapplegate Classical-Modern Music Review

With a deep childhood memory of Stravinsky’s “Le Sacre du printemps,” an affinity for Satie’s piano music, and the allure of Middle-Eastern modal music that led her to travels in Greece, Egypt and Turkey, Rain has always followed her own musical instincts.  She first began composing solo piano pieces, before learning music notation, and performed her works from memory in fellow artists’ lofts in Soho and at The Kitchen. With the downtown NYC club scene serving as her conservatory, Worthington led two bands and performed at CBGB’s, the Pyramid, Roulette, and PS 122.

Inspired by the energy of the contemporary classical scene, she pursued her fascination with orchestral music and taught herself notation and orchestration. Her orchestral writing has been described in the IAWM Journal as “a fusion of styles—ancient, medieval sounds expressed via modality and open sonorities, modernist minimalist ostinato, and classical approaches to basic ideas—to capture components of the human experience.”

Performances of Worthington’s compositions have spanned the globe from Brazil to Iceland, Cyprus to Korea, with premieres in Japan, Italy and India. Her work takes “. . . ideas of American musical style to a new place – like a walk in a familiar, yet very different park”– Chamber Music magazine

2020 performances of her orchestral works include Still Motion performed at Carnegie Hall on the DCINY concert series and Yet Still Night at the TUTTI Festival at Denison University. The World Premiere of Shredding Glass was performed by the Orquestra Sinfonica de Limeira, June 2019 in Brazil. She was guest at Missouri State University 2016 and 2017 for MSU Symphony orchestral world premieres of Tracing a Dream and In Passages. Subsequent orchestral premieres of In Passages were presented in Italy and Brazil in 2018.

Worthington received a 2020 commission for a new violin/piano work from violinist Audrey Wright and has received the American Prize-Ernst Bacon Award, a Global Music Award and grants from Meet the Composer, ASCAP, American Music Center, NYFA, and American Composers Forum.

Since 2010 Worthington’s chamber and orchestral music has been released on Navona Records and include the 2020 release of Shadows of the Wind and 2019 Navona releases of In Passages – violin soloist and string orchestra and Full Circle – cello soloist and orchestra. Her 2016 solo orchestral album “DREAM VAPORS” received wide critical acclaim. “Rain Worthington is a contemporary voice that demands to be heard. The present first collection [Dream Vapors] establishes her as a unique orchestral exponent, an inspired artist saying something definite and compelling today.” – Gapplegate Classical-Modern Music Review

She serves as Artistic Administrator/Composer Advocate for the New York Women Composers.

Note: The composer has directed that all Artist’s proceeds from the purchase of the DREAM VAPORS album to be donated through PARMA Recordings to the Cure Alzheimer’s Fund (a 501(c)(3) public charity dedicated to funding research.

“Tracing a Dream” is the track featured on the “Dream Vapors” CD promotion.

“Still Motion” to be performed February 16, 2020 at Carnegie Hall/Stern Auditorium on DCINY’s “Perpetual Light” concert.
The inspiration for “Still Motion” arose from a combination of sorting through the emotional residue of year’s end and the impatient desire to move ahead with life with a new year’s beginning. It is a mix of edgy energy, reflective sadness and strength of conviction. –RW

Shredding Glass began as an immediate cathartic response to the events and images of September 11, 2001. It was not until several years had passed that I was able to complete the work.

…Worthington’s piece provides the listener instead with exquisite disintegration, mere glass filaments casting light in all directions, with an undercurrent of unresolved apprehension… The texture is transparent but luminous, reminiscent perhaps of the late works of Mahler. – Journal of International Alliance for Women in Music