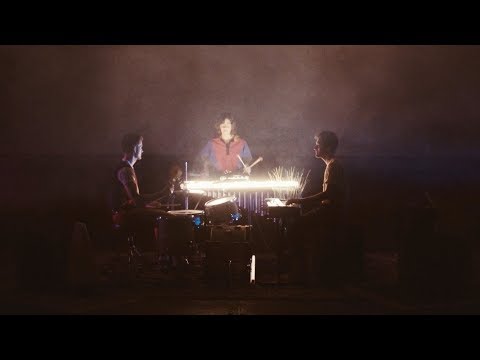 END_OF_DOCUMENT_TOKEN_TO_BE_REPLACED

American percussionist Reed Puleo dedicates himself to performing contemporary classics and as well as championing the music of our time. He is currently pursuing a Master of Music degree at the Conservatorium van Amsterdam, and holds a Bachelor of Music degree from Boston Conservatory at Berklee. His teachers include Kenneth Piascik, Doug Perkins, Samuel Z. Solomon, Nancy Zeltsman, Kyle Brightwell, Arnold Marinissen, Laurent Warnier, Rachel Xi Zhang, and Nick Woud. His affinity for contemporary music comes from his days playing with the New Jersey Youth Symphony Percussion Ensemble, of which he was a founding member in 2009.

Reed has participated in the Lucerne Festival Academy, Bang on a Can Summer Festival, Chosen Vale International Percussion Seminar, appeared at the Rite of Summer and Caramoor Festivals, Celebrity Series of Boston Stave Sessions, at National Sawdust (Brooklyn, NY) with Mantra Percussion, and joined Sō Percussion at PASIC 2017. He has worked with leading conductors and composers including Sir George Benjamin, Wolfgang Rihm, and Vimbayi Kaziboni. Other Performances include those in Symphony Hall (Boston, MA), Carnegie Hall, the Teatro Solis (Montevideo, Uruguay), Auditorio Manuel de Falla (Granada, Spain), the Musikverein, Het Concertgebouw Amsterdam, and at Tanglewood. He was also a member of the Eureka Ensemble, an orchestra dedicated to pairing music with social change, from 2017-2019.

In addition, Reed has worked in concert production, as a Concert Services Assistant at Boston Conservatory at Berklee, as a member of the Boston Symphony Orchestra stage crew, as a production assistant for the New Music Gathering 2018, Marimolin at PASIC, and on the 2017 spring tour of Yo-Yo Ma’s Silk Road Ensemble.

To the Earth and Reflections on the Nature of Water