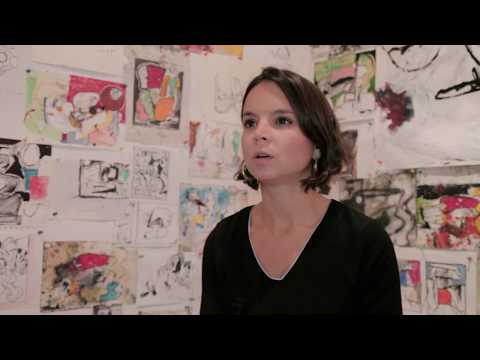 END_OF_DOCUMENT_TOKEN_TO_BE_REPLACED

Roland Vazquez (composer, band leader , drummer & recording artist): “as a composer, a major focus of mine has been on developing ensemble music; working towards forms that ask both listener and performer to include more then one style, more than one emotion, more than one culture into their experience."

Vazquez started as a drummer with R&B and rock groups in and around East LA. He  began writing for jazz-fusion groups in the 70’s. As a core-member of Clare Fischerʼs all-star band “Salsa Picante”, he played on the Grammy winning “Salsa Picante 2+2.” He received an NEA Jazz Performance Grant in ʻ77; which helped establish his band and led to his recording “Urban Ensemble – the Music of Roland Vazquez” (“a decade ahead of its time” /Billboard Magazine).

Moving to NYC in ʻ81, his music was labeled “funky-salsa-bebop”; and his next albums, “Feel Your Dream” (ʼ82), “The Tides of Time (ʻ88), “No Separate Love”(ʻ91), and “Further Dance” (ʻ97) featured his works for octet, quintet, and big band. . His music began moving towards chamber music during the ʻ90ʼs (“Piano Analogies,” “Further Dance,” and “The Blue Field”). The Illinois Philharmonic commissioned and premiered “Ghost in the Mountain” for string quartet and orchestra. Vazquez was a member of Manhattan School of Musicʼs Jazz Faculty (ʻ87-ʻ99).

In 2000, he and his wife, composer/performer Susan Botti, relocated to Ann Arbor, MI, accepting positions at the University of Michigan, where he taught Jazz Composition classes, ensembles, initiated a Latin Jazz Ensemble, and presented “Intro to Afro Latin Music” (a historical perspective of the music of the Afro Latin diaspora) at U of Michiganʼs American Culture/Ethnic Studies wing. In ʻ03, he received a Michigan Council for the Arts grant for his Afro Latin Jazz suite “Music for Percussion Quartet & 3 Jazz Players.”

During ʻ05-ʻ06, Vazquez lived as a Visiting Artist at the American Academy in Rome, where he composed and toured with various Italian & US jazz artists. In ʻ07, he moved back to NY; released “Quintet Live”; and also performed Bottiʼs “Jabberwocky” at the Disney Center in L.A. In recent years he has been a featured artist in residencies at Eastman, Berklee, Ohio University, Hartt School of Music, Queens College, and the University of Cincinnati Conservatory of Music, etc. In ʻ09, he received a grant from the Aaron Copland Fund for Music in support of his jazz orchestra recording, “The Visitor” (released ’10).