We are soooooo close!

We have had so many annoying setbacks on this project, but we are finally approaching the finish line.  The music is edited and mastered; the booklet is with the graphic designer; it’s going to be a reality by the fall — and it’s going to be worth the wait!

If you want to help us out a bit, chip in to our GoFundMe campaign: gofund.me/2dwsmmc

Donations of $25 get a digital download of the album; $50 gets you the physical CD along with the download.  Any amount gets you our warm thanks.

We found that we’re just not happy with the quality of the recording of one of the pieces on this album, so we’re going to re-record it later this fall.  Which pushes back finishing the editing, the mastering, etc. etc. etc.  Arrrggh!  But this music deserves the very best presentation we can give it; it’ll be worth the wait!

Now celebrating our 35th season, Volti continues to be a leading force in the development of American Choral Music. The proposed CD will be the third in a series released by the innova label since 2010. By making a professional choir available for close and collaborative work with both emerging and established American composers, Volti provides an opportunity for artistic exploration and development of compositional craft that is exceedingly rare. Volti’s repertoire committee studies composers all over the country and often selects those who have strong experience with instrumental forms but haven’t yet applied their imaginations and craft to vocal music.   The next CD will include highlights of the music commissioned by Volti from 2010-2013.

John Muehleisen became interested in Gertrude Stein’s playful use of words as sounds, rather than as tools of linguistic communication. In . . .is knowing . . . he created a musical analogy to cubism in four settings. In the five movements of Songs of Lowly Life, Stacy Garrop found inspiration in the poetry of Paul Laurence Dunbar, the first African-American poet and novelist to gain national and international recognition. Robin Estrada’s Paghahandog, written in graphic notation, is an explosion of percussive sound inspired by the sounds of the Philippine gamelan. Shawn Crouch’s Paradise juxtaposes the poetry of Iraq war veteran Brian Turner with that of 14th century Persian poet Hafez. Volti’s resident composer Mark Winges, who often works in phonemes, this time reaches to the timeless poetry of the Persian mystic Rumi to create a meditative soundscape echoing that poet’s message of finding jeweled meaning in every moment of existence.

With this CD, Volti will bring a diversity of unique American voices forward.   Five composers will be heard as will the voices of American poets Dunbar and Stein. A musical connection between the United States and the regions of Iran and Iraq with the poetry of Turner, Rumi, and Hafez will be illuminated. Part of Volti’s quest is to find music that reaches deeply into the human experience without relying on the old standbys of folk music and liturgical music. This CD will further that mission.

Volti can only make this music available to a limited number of people through its local concert series. But recordings and resulting broadcasts on many radio stations in the United States, Europe and beyond will bring this music to a vast number of people. In addition to the general public, choral conductors across the country and all over the world can hear these works on CD, on the radio or over the internet, and consider programming them on their own concerts. One review of a recent concert rejoiced that we are recording some of the music on that program, saying: Intellectually rich, emotionally sustaining, and musically diverse, this is music that you want to listen to again and again.

John Muehleisen, … is knowing …
Like this? Login or register to make a playlist of your favorites pieces.
Features: Volti, John Muehleisen

Robin Estrada, Paghahandog
Like this? Login or register to make a playlist of your favorites pieces.
Features: Volti, Robin Estrada

Composer Robin Estrada’s “Paghahandog” (“Dedication”), written in graphic notation with lyrics in Tagalog, is an explosion of percussive sounds inspired by the music of his native Philippines. Sung by Volti, Robert Geary, conductor. This is an excerpt of the first few minutes of the 9-minute piece. Unedited recording made at St. Ignatius Church, San Francisco, California, March 5, 2012.

Shawn Crouch, Paradise
Like this? Login or register to make a playlist of your favorites pieces.
Features: Volti, Shawn Crouch

Composer Shawn Crouch juxtaposes the poetry of Iraq War veteran Brian Turner with that of the medieval Persian poet Hafez. This is movement 3 of the 5-movement piece, which is about 18 minutes long in its entirety. Sung by Volti, Robert Geary conductor. Live concert recording, March 7, 2014, unedited.

Volti’s professional singers, under the direction of Founder/Artistic Director Robert Geary, are dedicated to the discovery, creation, and performance of new vocal music. The ensemble’s mission — to foster and showcase contemporary American music and composers, and to introduce new vocal music from around the world to local audiences — has led to performances of… 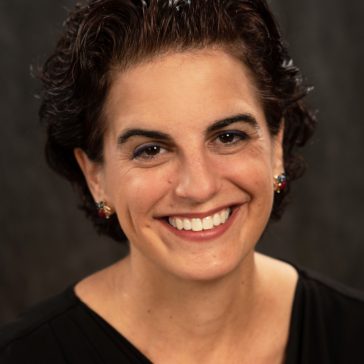