Caramoor rises with the birds on Sunday, July 14 with an early morning bird walk in our beautiful gardens followed by a day of music and nature-inspired activities for all ages. A special free concert, presented outdoors at 3 p.m., features a performance of John Luther Adams’ songbirdsongs by Sandbox Percussion and two piccolo players, Emi Ferguson and Catherine Gregory.

Songbirdsongs is among John Luther Adams’ seminal works. He once said of his work in an interview, “It began with birds.” This is the earliest piece in what Mr. Adams calls his active catalog.  It was written between 1974 and 1980 and is about an hour long.

Based on Adams’ studies of actual bird songs, he scored the piece for various ensembles of piccolos, ocarinas, flutes, and percussion.  Rather than having a fixed score, each piece consists of a collection of unordered phrases for each instrument. To create a performance, the musicians interpret their parts according to the instructions found in the score’s notes, maps, and parts — instructions that are carefully derived from each bird’s singing behavior. Adams not only represents birdsongs accurately but also allows performers to piece them together with the unique patterns and spontaneity of the birds interacting with one another in nature.  Each movement of songbirdsongs features specific birds collected together by their region and shared habitat. The result is a work of natural beauty and vivid colors. The free concert is designed as an immersive experience in which the musicians and audience are interspersed and move around during the performance.

The free concert is presented as part of “Caramoor Takes Wing,” a weekend celebration of bird song for audiences of all ages and backgrounds. “Caramoor Takes Wing” also includes a performance of Messaien’s complete Catalogue d’Oiseaux by pianist Pierre-Laurent Aimard, a performance by clarinetist David Rothenberg (author of Why Birds Sing), a panel discussion with two artists and an ornithologist, and bird walks through Caramoor’s grounds guided by members of the Bedford Audubon Society. The Stamford Museum and Nature Center will present interactive activities for children from 2-4 p.m.

Lauded by The Washington Post as “revitalizing the world of contemporary music” with “jaw- dropping virtuosity,”  Sandbox Percussion is a leading proponent of contemporary percussion chamber music. The group captivates audiences with performances that are both visually and aurally stunning. Through collaborations with composers and performers, Jonathan Allen, Victor Caccese, Ian Rosenbaum and Terry Sweeney seek to engage a wider audience for classical music. Last season Sandbox Percussion presented 36 performances throughout the United States, and made their international debut at the Festival International de Musique de Chambre en Charente, France.

Sandbox Percussion is a quartet that strives to expand the scope of contemporary music by presenting the work of both established and emerging composers through performances, recordings, educational outreach, and multidisciplinary collaborations that cross the boundary between visual art and music. The group, which includes Jonathan Allen, Victor Caccese, Ian Rosenbaum, and Terry Sweeney, formed at New York University in 2011. The Washington Post praised the group for “revitalizing the world of contemporary music.”

“Drumming Part I, for small tuned drums, begins with a single sound in a 12-beat cycle; there are rests on all other beats. Gradually, one at a time, other sounds replace the rests, until the basic rhythmic pattern of Drumming is constructed.

Songbirdsongs: I. Wood Thrush
Like this? Login or register to make a playlist of your favorites pieces. 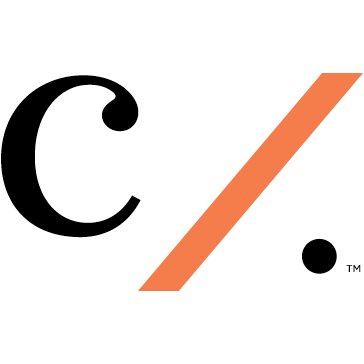 Located on a 90-acre campus in Katonah, New York, Caramoor Center for Music and the Arts, Inc. is a 501c3 non-profit arts center that has been in continuous operation since 1946. As an organization, Caramoor is adept at curating, marketing, and producing excellent and diverse music programs for the public. It presents approximately 55 concerts…