Posted on July 3, 2019 by Opera Saratoga
Like this? Login or register to make a playlist of your favorites pieces.

Ellen West premiered on June 30th at Opera Saratoga, and runs until July 12th. In January of 2020, the production will take place at PROTOTYPE Festival in New York City. The opera has received rave reviews, and audiences find it deeply moving. The video includes their thoughts immediately after opening night.

In June and July of 2019, Opera Saratoga presents the world premiere of Ellen West, a new chamber opera by composer Ricky Ian Gordon and Pulitzer Prize winning poet Frank Bidart. Opera Saratoga has co-commissioned the opera with Beth Morrison Projects (BMP). Following the world premiere in Saratoga Springs, the production will be presented by BMP as part of the PROTOTYPE Festival in January 2020. The opera Ellen West is inspired by the case study of a real-life, early 20th-century woman who suffered from body dysmorphia and multiple eating disorders. Using “Ellen West” as a pseudonym for his patient, psychiatrist Ludwig Binswanger published The Case of Ellen West in 1944. Following months of unsuccessful treatment, “Ellen” was eventually released. She committed suicide the next morning. Throughout her life, Ellen filled journals and wrote poetry. Frank Bidart’s poem, which serves as the primary source for the opera’s libretto, juxtaposes the clinical observations of Binswanger with fictitious entries of Ellen’s personal writing, which transcend time and bring us into the late 20th century. The opera follows Ellen as she struggles with her love of food, body image, gender identity, and deep-seated belief that the only way to attain her ideal body is to not have one at all. For Ricky Ian Gordon, Bidart’s poem Ellen West struck a deeply personal chord. For over 20 years, Ricky has been in recovery from an eating disorder. “For years, I have known that I would eventually make something out of Ellen West because I have never read a poem which captures so deeply and authentically the feelings, the psychology, the motivation behind starving one’s self…” Ricky shared. “Setting the poem has been a tricky and painful journey. Getting inside it so fully has turned me inside out, but I am excited about where I have been forced to go.” The opera features two singers: Ellen West, a soprano, and Dr. Binswanger, a baritone. Jennifer Zetlan and Keith Phares will sing these roles in the world premiere, in a production directed by Emma Griffin, and conducted by Lidiya Yankovskaya. The score is being composed for string quartet, bass and piano, and is approximately 80 minutes in length. Opera Saratoga is committed to producing operas that reflect the world in which we live. In the United States, 20 million women and 10 million men suffer from an eating disorder at some time in their life. Opera Saratoga is partnering with a variety of community organizations, including HPA/LiveWell, to explore the themes of Ellen West with the public. Through the presentation of Ellen West and related community engagement events (including symposia, high-school programs, and meet-the artist sessions), Opera Saratoga will introduce an important, moving, and relevant opera into the repertoire, while simultaneously opening a meaningful dialogue and promoting greater public awareness, understanding, and compassion towards those suffering from eating disorders.

Opera Saratoga, known as Lake George Opera until 2011, began with a production of Die Fledermaus at the Diamond Point Theatre on July 5, 1962, playing to an audience of 230. Today, the organization performs for more than 30,000 people each year. To date, the company has performed more than 90 different fully staged works… 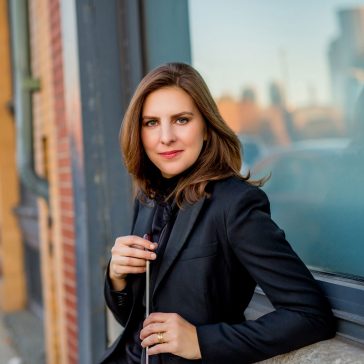