A multimedia concert experience inspired by footage of stunning Antarctic landscapes and the surrounding ocean.

Posted on September 24, 2019 by Kristina Dutton 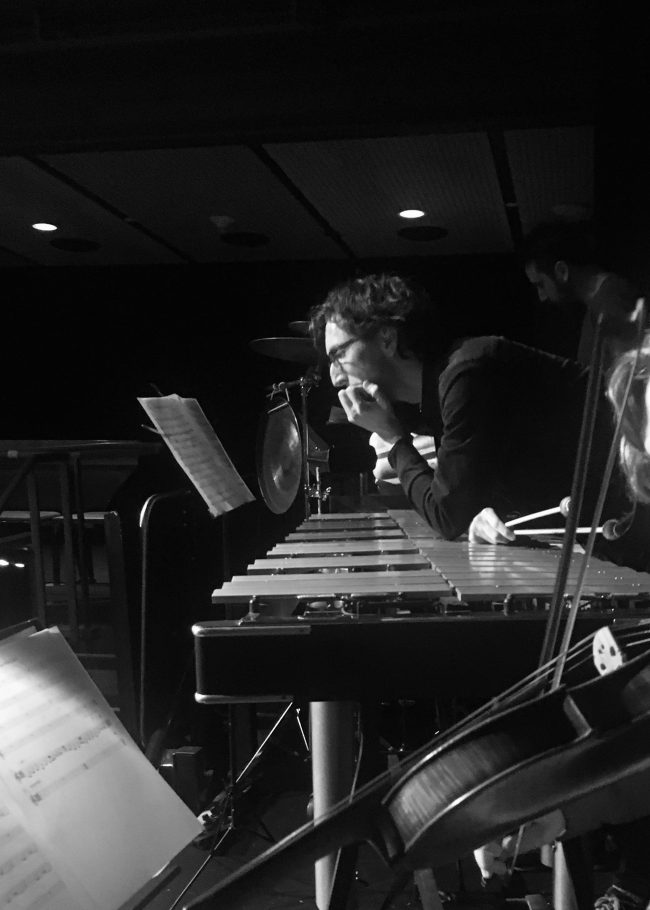 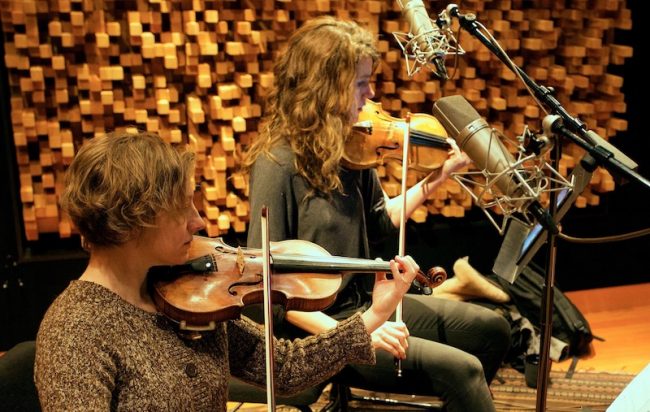 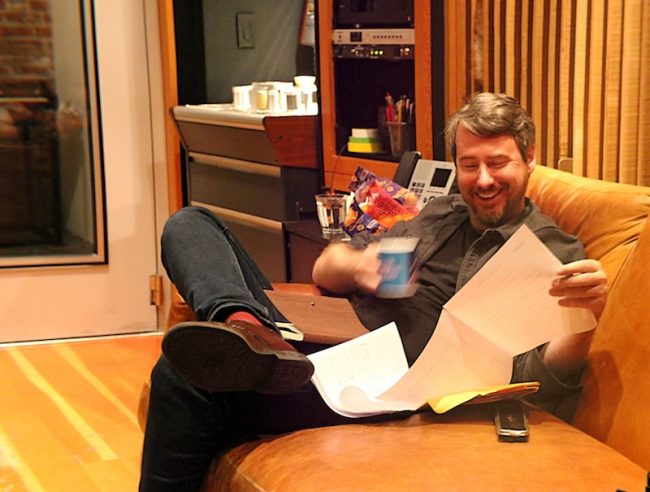 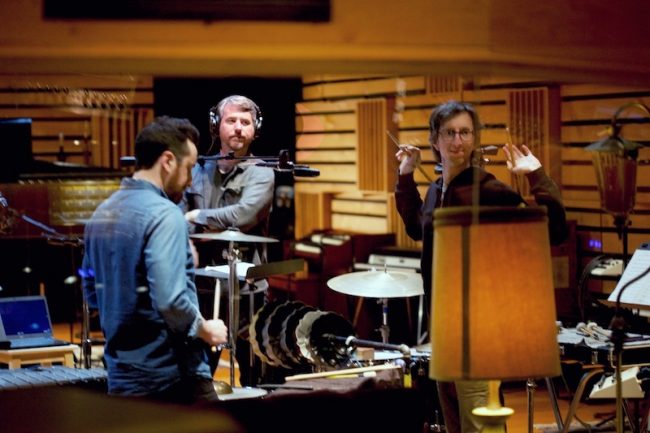 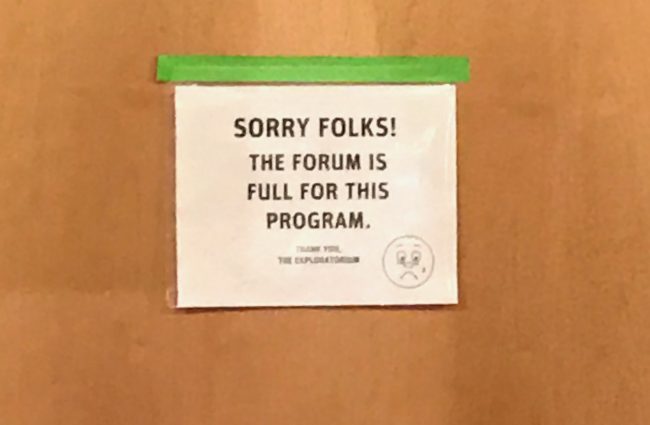 An installation version of the piece was on display from April 11th – May 19th in The Exploratorium’s Webcast Studio, a walk through theater space in the center of the museum.

Music for the installation was recorded in March the week after the premiere at 25th St Recording in Oakland with Grammy Nominated engineer Jeff Kolhede.

One final movement from the vignette titled “Mirrors” remains to be recorded this month, October 23rd and 24th, again with Kolhede, at Zoolabs in Oakland.

We are excitedly planning our submissions to several film festivals for 2020 dates and exploring venue options for a second performance event in the East Bay and Oakland, CA areas!!

Ice Hours is a collaboration between composer/performers Kristina Dutton and Nathan Clevenger, photographer Camille Seaman, and film artist Kim Miskowicz. Over a decade of video footage, featuring stunning Antarctic landscapes and the surrounding ocean, is crafted into a series of six film vignettes with an original score performed by live chamber ensemble. Through close encounters with inspiring and endangered features of our changing planet, Ice Hours illustrates the inextricable connection and interdependence of humans and the natural environment.

A multifaceted production suitable for cinema, performing arts, and educational contexts, Ice Hours is created in partnership with San Francisco’s Cinematheque, one of the most respected showcases of experimental film & video in the world. Built upon raw video footage captured by National Geographic photographer Camille Seaman, film artist Kim Miskowicz will expand and transform images of one of the most remote regions of the planet. Each vignette has been thoughtfully chosen and designed through close collaboration between the composers and film artist, and is focused on a particular aspect of Antarctica’s geography.

A combination of live strings, piano and percussion intertwine with images of Antarctica in contemplative and playful ways. The composers create landscapes that alternately reflect and contrast the structures and terrain represented on screen. With evolving musical motifs and patterns, the dialogue between visual and musical elements reflects on the interconnected concepts of time and form.

Ice Hours is an evening length event mixing live music and film with presentations by scientists and artists in related fields, followed by discussions between participants and viewers. The project premieres as a capstone event at the Exploratorium’s STEAM-Y program, which focuses on the intersection of the arts and sciences, highlighting women in STEAM. The versatile design of Ice Hours allows it to be an evolving work suitable for multiple and varied platforms: live multimedia events, film presentations (with recorded music), installation, and online. Following the premiere an installation version of the piece will be hosted by the Exploratorium’s Webcast Studio throughout the month of April 2019.

The project takes its cue from the origins of the conservation movement which, according to the National Park Service, was greatly catalyzed by the work of artists and photographers such as Ansel Adams & Thomas Moran. Their artistic representation of landscapes caught the eye of Congress, resulting in the preservation of such places as Yellowstone National Park. Similarly, Ice Hours shows the evolving beauty and changing shape of the Antarctic. It captures our relationship with our environment through the personal, theoretical, & impressionistic.

Mirrors
Like this? Login or register to make a playlist of your favorites pieces.
Features: Kristina Dutton, Kim Miskowicz, Camille Seaman

A late stage draft, cut from one of Ice Hours vignettes, Mirrors. The music featured here is performed & composed by Kristina Dutton and Majel Connery, May 2018, as the duo Hae Voces. By request from film artist Kim Misckowicz, and with permission from Connery, Dutton will adapt this work to Mirrors, setting it for string and percussion ensemble. The remaining 4 film vignettes – as well as 3 interlude pieces -will feature original compositions written exclusively for Ice Hours live premiere & the subsequent installation.

Squid: Coming to Life
Like this? Login or register to make a playlist of your favorites pieces.
Features: Kristina Dutton, Nathan Clevenger

Dutton and Clevenger’s first collaboration together in 2016, this short was a commission from The Patel Integrative Biology Lab at UC Berkeley and The Marine Biology Lab at Woods Hole, MA. It is composed, performed, & recorded by Dutton and Clevenger. It premiered at the UC Berkeley Vision & Light Festival, with an artist/scientist talk by Dutton, Clevenger, and Dr. Nipam Patel. The short has been used as a multi-stage outreach piece and was shown at The Imagine Science Film Fest NYC 2017 where it won runner up for the Scientific Merit Award.

Port ‘O Nine Tails
Like this? Login or register to make a playlist of your favorites pieces.
Features: Kim Miskowicz, Nathan Clevenger

Kim Miskowicz created original artwork for the Nathan Clevenger Group album Observatory. This film, created to accompany the Observatory song “Port o’ Nine Tails”, is an extension of that collaboration. Miskowicz shot on Super 8mm using in-camera frame by frame animation of trees and views from the Nimitz Way trail off of Inspiration Point in the hills of Berkeley, CA. The location was also a source of inspiration for the album cover. “Port o’ Nine Tails” features the 6-piece Nathan Clevenger Group