Update on new piece for JACK Quartet and Toy Piano

I have been swimming in scores,graphs and sketches for my new piece for JACK Quartet and myself. I struggled to identify where I should go with this work but finally decided to go in a completely different direction than the work-in-progress showing. After focusing on toy pianos intensively for the last ten years, I have discovered many surprising timbres and qualities that have yet to be organized into a piece. Here are my program notes for the piece:

The toy piano was never presented to me as a musical instrument but rather, I stumbled upon it as an unassuming object that ignited my musical imagination. For the last fifteen years, I have spoken about the toy piano as a “musical”  found object, using it alongside other miniature instruments and gadgets. In this piece, I’ve decided to return to this original place of entry and explore the toy piano as a found object. By exploring its elements, hearing its raw essences and noises, the bare materials of the toy piano are exposed and brought to light. With newly invented techniques, I am not creating “extended techniques” but rather, stripping the piano down to its most basic essence, it’s simple and imperfect materials: plywood, plastic and metal. Each element is revealed in isolation, using JACK as extra hands-both as bows and fingers- to explore the foreign territories of the toy piano.

As part of the 2015 Look & Listen Festival, one of Japan’s most distinguished composers, Jo Kondo writes a new solo  toy piano work for Phyllis Chen, serving as the centerpiece to a curated evening of works  by Kondo and others related to his aesthetic. As an avid performer and composer of the toy piano, Phyllis will also compose a new toy piano chamber work for the  electrifying Jack Quartet, breaking new boundaries with the instrument by combining it with a string quartet.

Phyllis Chen, a toy pianist/composer described by the LA Times as “a dazzling delight” and “a bold pianist with an excellent sense of color,” has commissioned and premiered over 50 new pieces for toy piano to date, including works from her annual call for scores, the UnCaged Toy Piano.  As one of Phyllis’s musical inspirations, Jo Kondo is a composer with a history of works using conventional and unconventional instruments. His highly sophisticated style of writing that exposes the unique timbres of each instrument makes him a particularly exciting composer to commission a new work for the toy piano. As a pianist who has dedicated a large part of her career to the toy piano, Phyllis is expanding the instrument by composing for it in context of a chamber ensemble. The newly commissioned work for Jack Quartet would give another perspective to the instrument on this evening, showcasing the toy piano in more than one dimension.

Toy Toccata by Fabian Svennson
Like this? Login or register to make a playlist of your favorites pieces.
Features: Phyllis Chen

Toy Toccata was the winner of the 2011 UnCaged Toy Piano call for scores. The work has a simple approach where the right hand only plays the white keys on the instrument and the left hand only plays the black keys. With this simple idea, Fabian creates a virtuosic tour-de-force for this unassuming instrument. As he said, he wanted to create a work was aggressive and negated the “cuteness” that people often associate with the toy piano.

Chimers by Phyllis Chen
Like this? Login or register to make a playlist of your favorites pieces.
Features: Phyllis Chen

Chimers was commissioned by ICE for the 2011 Mostly Mozart Festival. The piece refers to the magic chimes from Mozart’s opera “The Magic Flute. The piece is written for tuning forks, toy piano, toy piano rods, toy glockenspiel, clarinet and violin.

Phyllis is a composer, keyboardist and creative force whose work draws from her tactile exploration of objects and sound.  Described by The Washington Post as “a virtuoso of the toy piano, she delights in the delicate sonorities of music boxes and everyday objects, weaving them into strikingly original works of engaging lightness and transparency.(…)Chen is a… 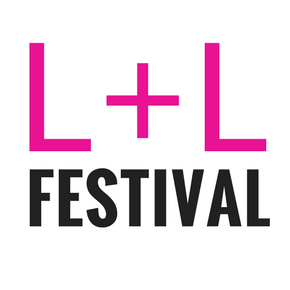