Something there is that doesn't love a wall

We’ve launched a microsite for the project. Please visit https://mendingwall.prismquartet.com/ to read more about the creative team and see updates as the project unfolds.

The PRISM Quartet will commission Martin Bresnick, George Lewis, Juri Seo, and Arturo O’Farrill to compose works exploring the meaning of walls in contemporary society, each inspired by a text of their choosing. PRISM will present Mending Wall in Philadelphia (co-presented by the Bryn Mawr College Performing Arts Series) and Brooklyn (Roulette) as staged concerts directed by Jorinde Keesmaat with lighting by Aaron Copp. PRISM will be joined by soprano Tony Arnold on Lewis’ piece, and O’Farrill (piano) on his commission. Mending Wall will be documented for television and radio (WWFM) broadcasts, and released as a commercial album on XAS Records, distributed worldwide by Naxos.

PRISM’s goal is to create a program that amplifies a diverse range of voices and cultural influences. Bresnick’s commission is inspired by the contradictions in Robert Frost’s 1914 poem “Mending Wall,” in which two neighbors meet yearly to rebuild the structure separating their farms. Bresnick writes, “According to Frost we are trapped and doomed by fences to eternal contact and inevitable alienation. But what if the walls between us were made of music?”

Lewis will set texts examining the legacy of Apartheid by South African poet and activist Keorapetse Kgositsile to create a piece for PRISM and soprano Tony Arnold, “to link a coloratura’s sonic sensibility with the saxophone’s evocation of South African popular music via mbube-like orchestration.”

Seo, inspired by Syrian-Brazilian poet Waly Salomão’s book Algaravi: Echo Chamber, will explore the dual meaning of “echo chamber”— the figurative connotation that’s ubiquitous in our politics/media, and its older (and literal) meaning, a walled space that repeats, amplifies, and distorts sounds.

O’Farrill’s piece is inspired by “Freefalling Toward a Borderless Future” by Guillermo Gomez Peña, and son jarocho, a Mexican song form with a lead trovador voice supported by jaranas (guitar-like instruments), which PRISM’s saxophones will approximate. His piece will also draw upon the rich political/cultural underpinnings of Fandango Fronterizo, an annual festival on both sides of the San Diego/Tijuana border fence.

Staging is central to the project because it will connect the pieces but also dramatize their aesthetic/conceptual differences—serving a dual purpose similar to the wall in Frost’s poem. In her immersive multidisciplinary work, director Jordinde Keesmaat plays with the relationship between spectator and actor/musician, and boundaries between classical concerts, opera, and theater. Keesmaat’s goal for Mending Wall is to link the stylistically diverse commissions to one another to form “a dramaturgical line,” enabling audiences to have a complete and immersive experience. She will investigate boundaries between audience and performers, transforming “social discomforts” into abstract visual/theatrical concepts.

Mending Wall gives musical form to a range of pressing questions about community, tribalism, racial identity, division, and freedom. Although America’s current zeal for wall-building is not without precedent, we might understand it as a specific failure of imagination. As artists, we are called to build another kind of structure: a collaborative experiment that restores mystery, complexity, and generosity to our discourse about walls, and to our encounters with one another.

Intriguing programs of great beauty and breadth have distinguished the PRISM Quartet as one of America’s foremost chamber ensembles. PRISM seeks to place the saxophone in unexpected contexts, chart fresh musical territory, and to challenge, inspire, and move audiences. “A bold ensemble that set the standard for contemporary-classical saxophone quartets” (The New York Times), PRISM was… 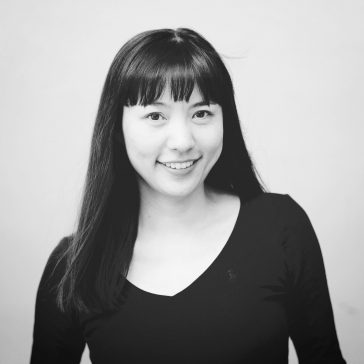