Mixing at the So studio 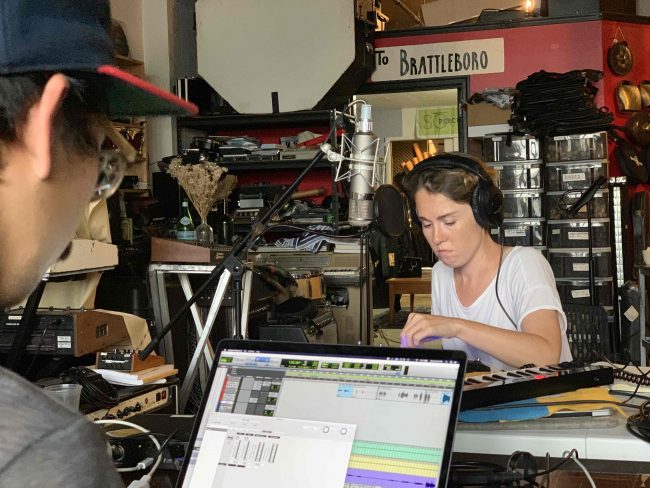 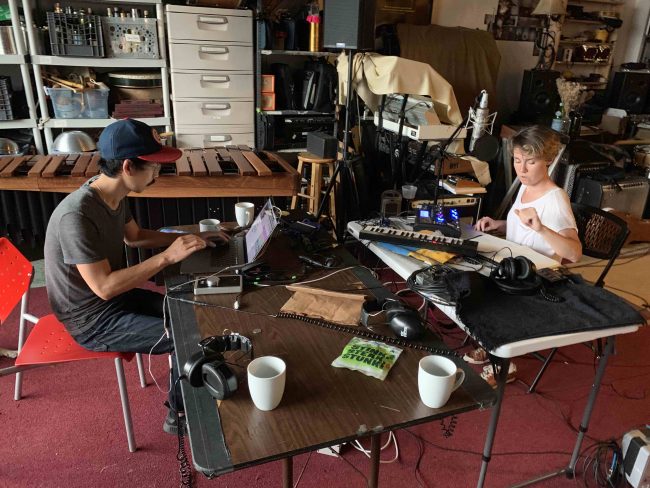 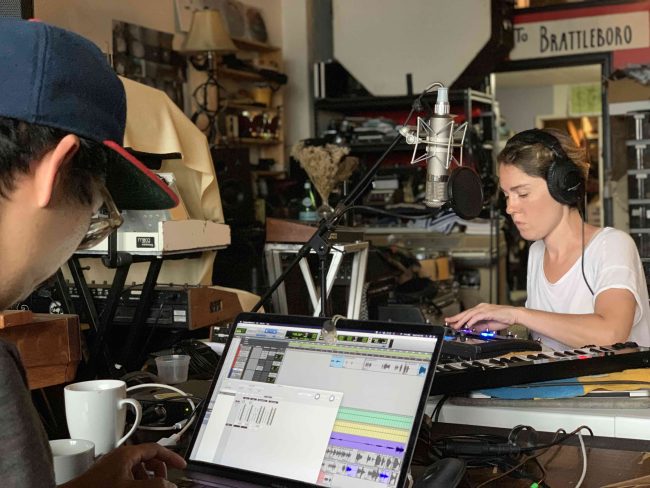 Jon and Caroline come to the So studio to work on mixing.

Fun times in the studio

Posted on September 13, 2019 by So Percussion
Like this? Login or register to make a playlist of your favorites pieces. 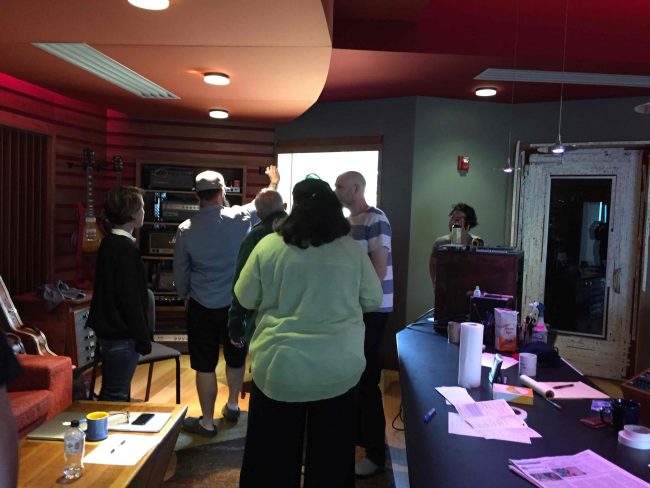 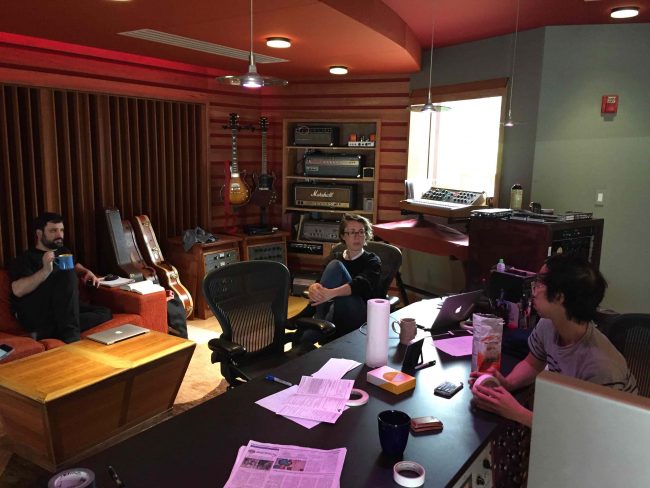 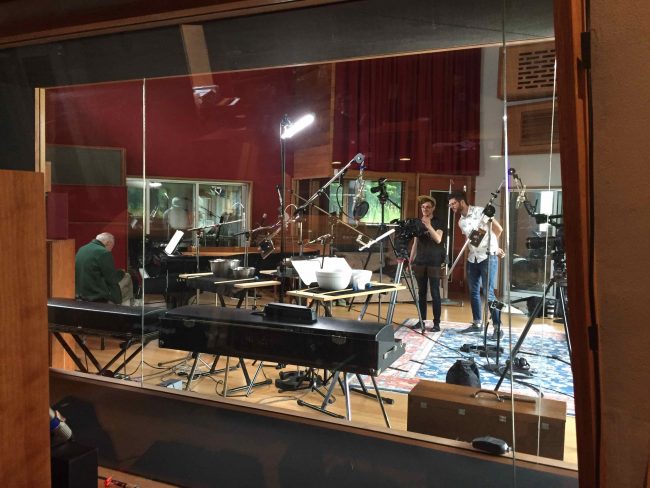 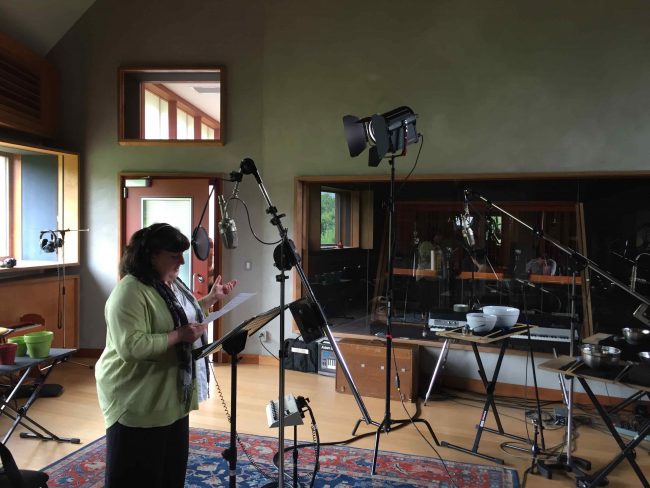 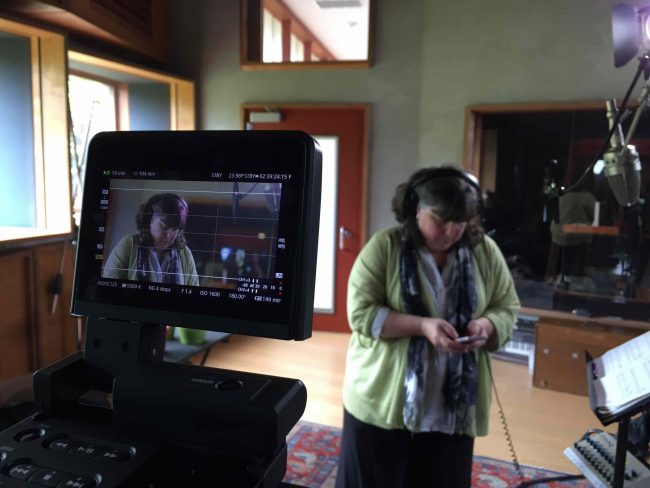 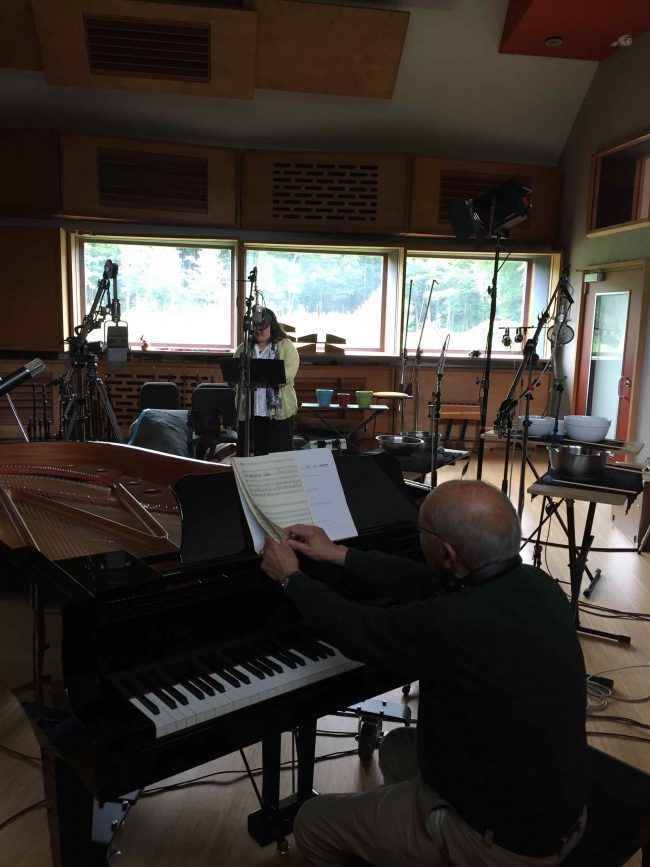 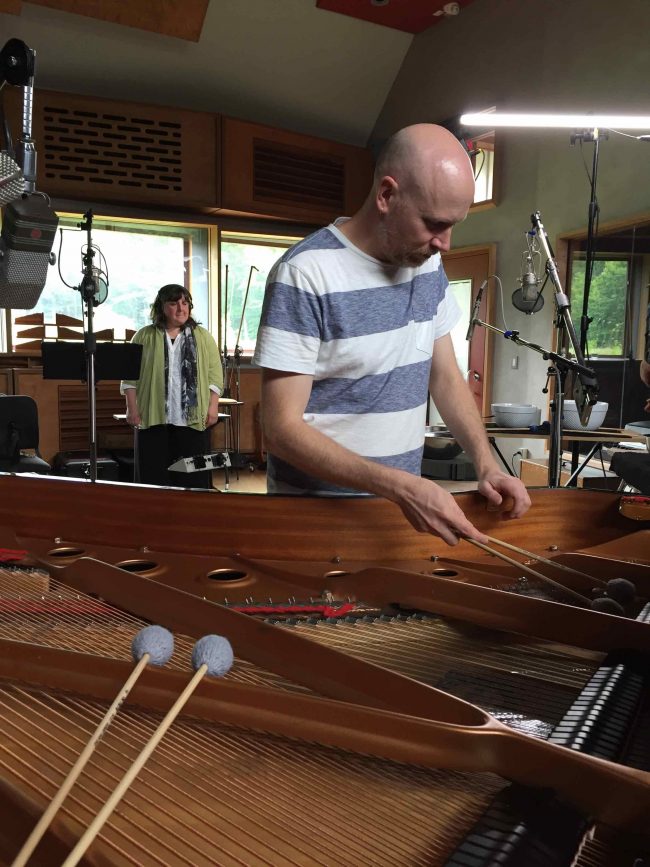 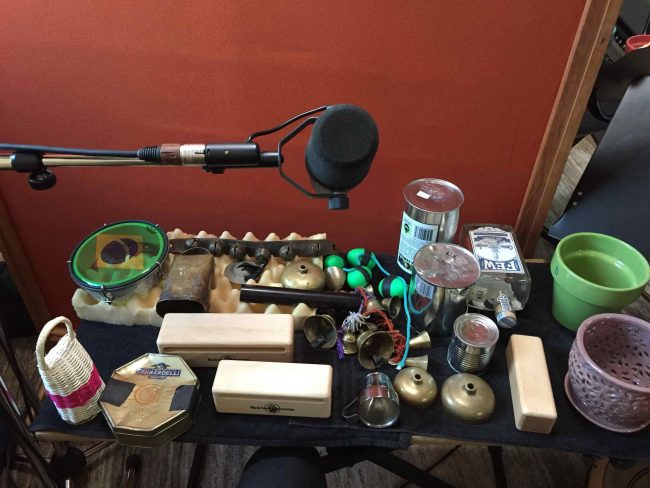 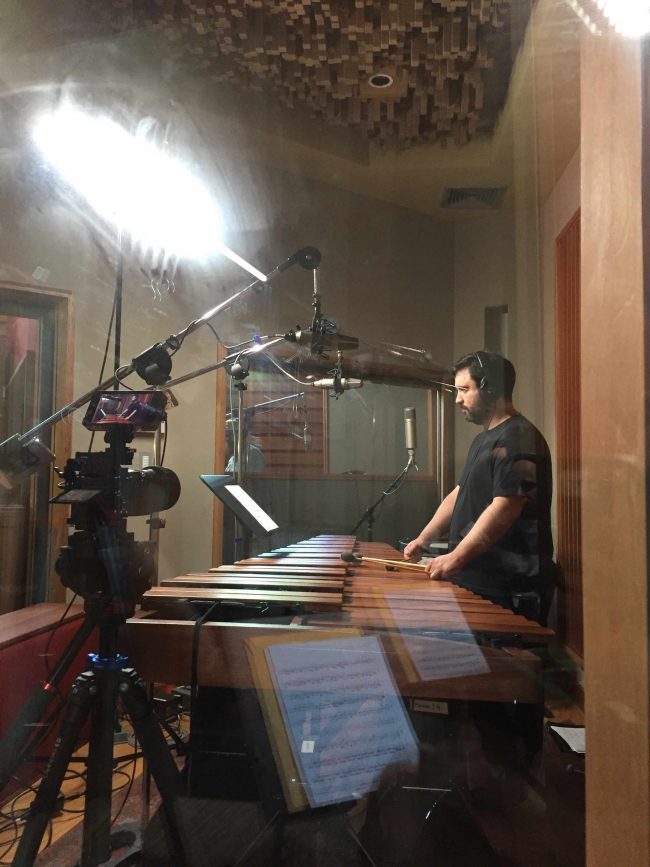 We had such a good time with Dawn, GIl, Caroline, and Jon Low recording Narrow Sea up at Guilford Sound in Guilford Vermont!  The Four/Ten Media team was also in the room to get video.

Having completed the initial recording session in June 2018 at Guilford Sound (Vermont) with Jon Low and Four/Ten Media, So Percussion is currently raising the additional funds necessary to complete the editing, mixing, and mastering of the record–as well as completing the final edits to the documentary film (see rough cut sample below)–for anticipated release in Spring 2021.

Caroline Shaw is a New York-based musician—vocalist, violinist, composer, and producer—who performs in solo and collaborative projects. She was the youngest recipient of the Pulitzer Prize for Music in 2013 for Partita for 8 Voices, written for the Grammy-winning Roomful of Teeth, of which she is a member. The 2018-19 season will see premieres by pianist Jonathan Biss with the Seattle Symphony, Anne Sofie von Otter with Philharmonia Baroque, the LA Philharmonic, and Juilliard 415. She has produced for Kanye West (The Life of Pablo; Ye) and Nas (NASIR), and has contributed to records by The National, and by Arcade Fire’s Richard Reed Parry.

Joining a rare natural warmth with a fierce commitment to the transforming communicative power of music, Dawn Upshaw has achieved worldwide celebrity as a singer of opera and concert repertoire ranging form the sacred works of Bach to the freshest sounds of today. In 2007, she was named a Fellow of the MacArthur Foundation, the first vocal artist to be awarded the five-year “genius” prize. A five-time Grammy Award winner, she is featured on more than 50 recordings, including the million-selling Symphony No. 3 by Henryk Gorecki for Nonesuch Records.

The profound influence of pianist Gilbert Kalish as an educator and pianist in myriad performances and recordings has established him as a major figure in American music-making. In 2006 he was awarded the Peabody Medal for his outstanding contributions to music in America. He was the pianist of the Boston Symphony Chamber Players for 30 years, and was a founding member of the pioneering Contemporary Chamber Ensemble. He is particularly known for his partnership of many years with mezzo-soprano Jan DeGaetani, as well as for current collaborations with soprano Dawn Upshaw and cellists Timothy Eddy and Joel Krosnik.  His discography of some 100 recordings embraces both the classical and contemporary repertories, and Mr. Kalish has been an Artist of The Chamber Music Society of Lincoln Center since 2006.

Rough edit of Narrow Sea
Like this? Login or register to make a playlist of your favorites pieces.
Features: So Percussion

This video was shot by Four/Ten Media during the recording of Narrow Sea.

The audio included here is a rough cut, without edits, mixing, or mastering.

Our Mission: Sō Percussion is a percussion-based music organization that creates and presents new collaborative works to adventurous and curious audiences and educational initiatives to engaged students, while providing meaningful service to its communities, in order to exemplify the power of music to unite people and forge deep social bonds. Ensemble Bio: Sō is: Eric…